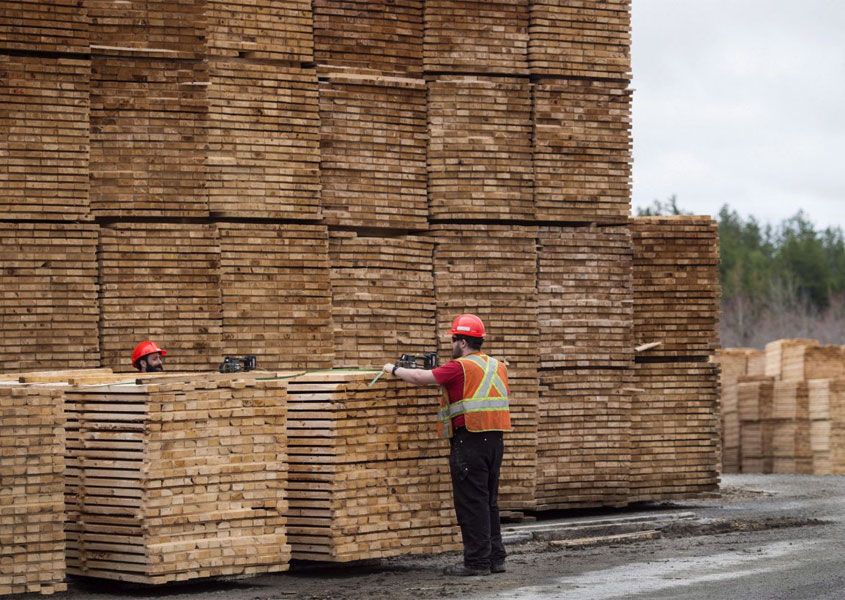 Global softwood lumber prices continued their two-year climb in the 1Q/18 with the pace being higher in North America than in the Nordic countries, Russia and China

This is a brief excerpt from the newly released market report Wood Resource Quarterly. To read the full 56-page quarterly report, please visit www.WoodPrices.com to initiate an annual subscription.

After softwood lumber consumption in the US reached a ten-year high in 2017, demand fell in early 2018. Despite the reduced first quarter consumption, lumber production on the US west coast was actually up by 9% y-o-y when compared to the 1Q/17 due to strong demand from China. In fact, shipments to China during the 1Q/2018 were up almost 50% as compared to the 1Q/17.

While lumber production in Canada's eastern provinces increased slightly in early 2018, sawmills in British Columbia reduced their production by an estimated three percent in the 1Q/18 as compared to the 1Q/17. Production levels were down partly because of lower demand for wood in the US during the winter season, but also because of reduced availability of logs due to severe weather conditions. The weather also impacted lumber shipments by rail, resulting in substantial slowing in exports from BC.

In the Nordic countries, the sawmilling industry has seen their markets improve both in regard to demand and to pricing during the past year. Although export volumes declined somewhat in early 2018 as compared the same period in 2017, prices increased, reaching the third highest level seen in the past decade (in local currencies). Sawmills in Finland and Sweden have increased their presence in different markets in 2018, with Swedish sawmills predominantly expanding sales in Europe, and Finnish exports increasing to the Middle East and Japan, reports the Wood Resource Quarterly (WRQ).

Both countries reduced sales to China during the typically slow season of January and February when the Chinese New Year is celebrated.

Demand for wood in China slowed in the 1Q/18, following a record-2017, with import volumes of softwood lumber falling to their lowest levels since the 4Q/16. Imports from Canada fell the most, with quarterly shipments reaching an eight-year low in the 1Q/18.

The Nordic countries have filled the gap where Canadian suppliers have pulled back. In the 1Q/18, lumber volumes from Finland and Sweden accounted for 12% of total imports, a doubling of their market share as compared to 2015.

The record high softwood lumber prices in the US have impacted the costs for North American lumber imported to Japan in the past six months. In May 2018, prices for US Douglas-fir lumber (45x105) and Canadian hemlock lumber (45x105) delivered to Japan reached their highest levels for the month of May since 2013. Lumber import volumes to Japan have been sliding for three consecutive quarters and were down to 1.46 million m3 in the 1Q/18 as compared to 1.6 million m3 in the 2Q/17. The biggest declines in lumber supply over the past year have been in wood coming from Canada and Finland; Sweden, Chile and Russia have all increased their market shares.

Russian lumber exports reached an all-time-high volume of 28 million m3 in 2017, up 10% from the previous year, a doubling of exports from ten years ago. Exports to their primary destination, China, fell 19% y-o-y. It is interesting to note that 20 years ago, eight of the ten major destinations for Russian lumber were in Europe, while in the first quarter of 2018, only three European countries made the top-ten list, according to the WRQ. Average export prices have trended upward in both US dollar terms and rouble terms over the past two years, with the biggest increases occurring in lumber sold to China, Uzbekistan and Egypt.