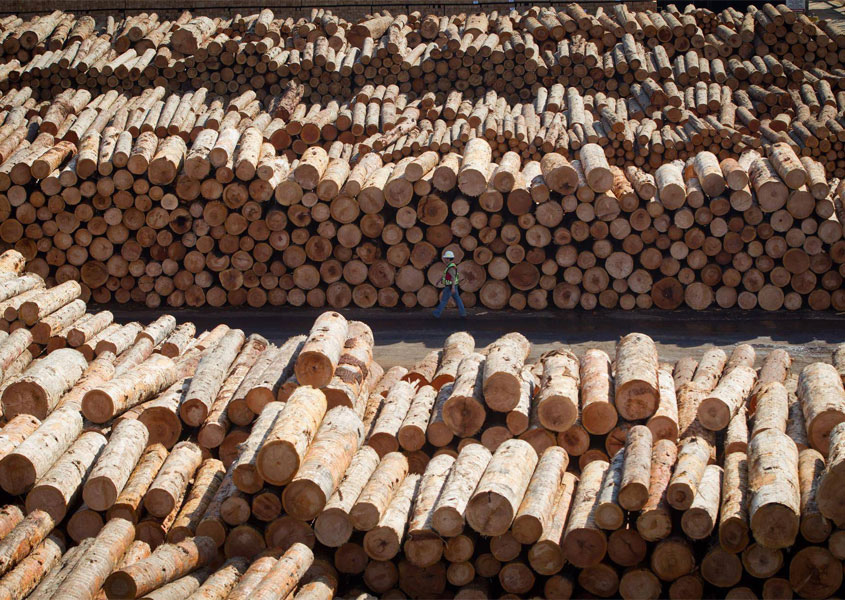 Large volumes of storm and insect damaged trees in Germany have resulted in an oversupply of logs and declining sawlog prices in 2018 and 2019, reports the WRQ.

Sawmills have ramped up production, and export sales in the 1Q/19 reached their highest level in almost two years.

Seattle, USA. Historically, Germany was a net exporter of softwood logs, but since 2009 the country has almost doubled import volumes, while exports have only grown modestly. In 2018, softwood log imports were slightly higher than   they were in 2017, reaching 8.3 million m3 (a new record high). Just two countries, Poland and the Czech Republic, together accounted for almost two-thirds of the import volume to Germany.

Log imports from Norway and Estonia fell substantially in 2018 from 2017, while Poland and the Czech Republic increased their shipments, reports the Wood Resource Quarterly.

The average import price dropped slightly during 2018 in US dollar terms, while it has remained practically unchanged in Euro terms. Polish prices have trended upward, whereas prices of logs from the Czech Republic have moved downward during the past year.

Many central European nations, including Germany, the Czech Republic, Austria, France and Slovakia are hampered by large volumes of storm-damaged trees and beetle-infested forests. As a result, it is very likely that Germany will reverse its pattern and become a net log exporter again in 2019. During the first four months of 2019, export volumes were up 61% as compared to the same period of 2018.

The oversupply of logs in Germany is most likely to result in a continuation of the downward trend for log prices in the country. Prices for spruce sawlogs have declined by about 13% from the 1Q/18 to the 1Q/19, according to the WRQ. In Euro terms, current price levels are at their lowest since 2009. In US dollar terms, log prices have declined to a level last seen 14 years ago. With plentiful wood raw-material and more competitive costs for logs, German sawmills have increased production levels, and expanded export sales. In the 1Q/19, Germany exported 10% more lumber than in the 1Q/18, reaching the highest quarterly export volume in two years.

With the expected reduction in log costs for the sawmill sector, there will continue to be opportunities for the industry to further increase lumber exports in the coming year.