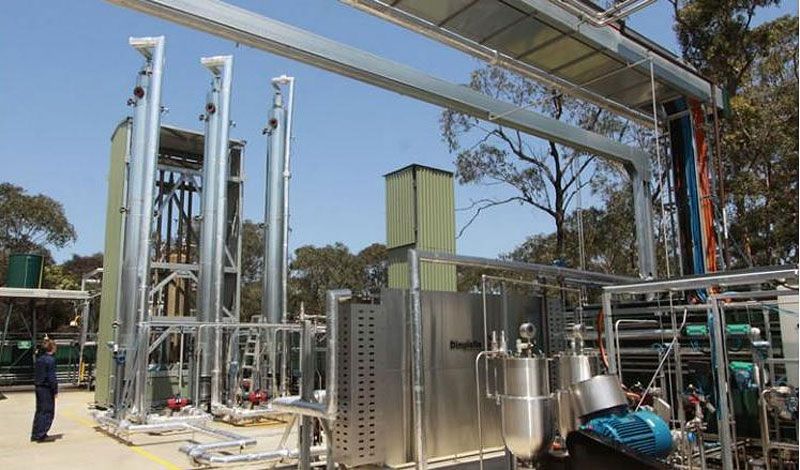 The Australian-based Licella has developed a different way to convert biomass into bio-crude oil.

With the use of its Catalytic Hydrothermal Reactor (Cat-HTR) technology, low-cost, non-edible waste bio-mass can be converted into stable, bio-crude oil.

Through a refining process, which can be done in a conventional refinery, the material is then converted to next generation bio-fuel, and renewable bio-chemicals. Any form of lingo-cellulosic biomass feedstock can be converted using the Cat-HTR.

The process relies on elevated heat and pressure, which allows water to approach a 'supercritical state,' at which point it has the capacity to pulverize waste biomass and break down ether linkages in the feedstock's polymeric structure. Where the Cat-HTR technology differs significantly from otherwise similar upgrading platforms is that instead of using a drying process, it relies on water as a catalyst. This enables a wide variety of wet feedstock to be processed or co-mingled, without the requirement of a drying step. The Cat-HTR has the added advantage of saving water, as opposed to competitor technologies, which are net water users.

The Cat-HTR offers several other competitive advantages, in that it has a lower carbon footprint due to relatively low reaction temperatures, and it does not require biomass to be dried before processing. It doesn't rely on external enzymes and uses water as a catalyst, which is a cost-effective alternative. The technology doesn't require external hydrogen and can be applied to a wide variety of different markets, allowing the user to produce a range of finished products. The Cat-HTR additionally produces biofuels that are comparatively low in sulphur, and offers users the ability to mix feedstocks, which enables a greater project scale potential, and lower production costs.