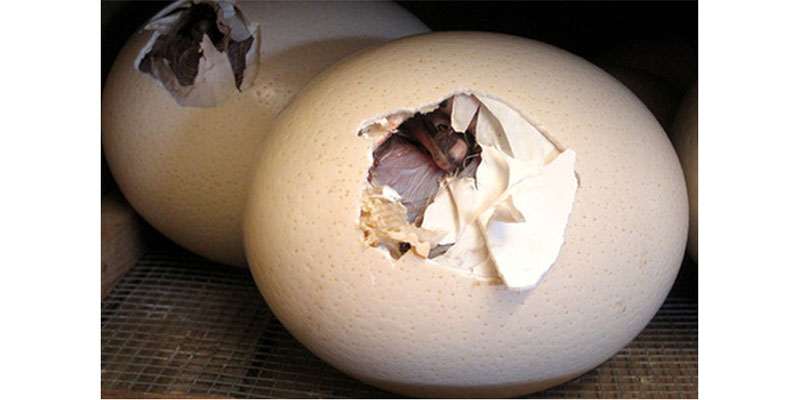 New pulp and paper industry bio-products have been until now a typical chicken and egg conundrum. Pulp producers and their potential new customers are naturally cautious to buy into them until they are market proven, but the full commercial potential cannot be realized if that initial breakthrough has not happened yet. Well, those initial leaps into commercialization and votes of confidence are starting to become apparent now, although ever so tentatively, and the eggs are starting to hatch. Moreover, some external industries are giving a market nudge, if not a push. These new products, even in their infancy, may be important components of FPAC's lofty Vision2020 goal to raise the industry's revenue by $20 Billion by 2020.

The lignin extraction demonstration plant is at Resolute's Thunder Bay kraft pulp mill. Source: FPInnovationsWhen West Fraser Timber announced that it had committed to a 30 t/d commercial-scale LignoForce lignin extraction and purification plant at its Hinton, AB pulp mill the first major step in the commercialization of that process and its derivative products was taken. The new Hinton plant will be based on the research efforts by FPInnovations and the process design of NORAM Engineering and Constructors. Their 100 kg/d demonstration plant, started in 2011 at the Resolute Forest Products mill in Thunder Bay, ON, was intended to be a proving ground to show the commercial potential of lignin-based products. It did just that, as West Fraser is the first to buy into the idea to make adhesives for its own engineered wood products and to develop other potential uses in external industries.

The market for lignin products as a renewably-sourced replacement for petroleum-based materials is very compelling. A 2012 market analysis report by Frost and Sullivan concludes that, in markets worth more than 130 billion dollars, lignin could become the main renewable aromatic chemical resource for the chemical industry in the future. The report says the first opportunity could emerge as early as 2015 from the direct substitution of phenol in most of its industrial applications: phenolic resins, surfactants, epoxy resins, adhesives or polyester. That's just one market, while others await. Domtar and UPM have recognized the market potential with the startup of Domtar's LignoBoost plant in Plymouth, NC and UPM's exclusive agreement to distribute Domtar's BioChoice lignin in Europe. Canada's LignoForce now joins the market.

Cellulose nanocrystals Source: CelluForceThe expectations for crystalline nanocellulose (CNC) were raised when CelluForces's 1 t/d pilot plant started up at Domtar's Windsor, QC mill in early 2012. Now, the commitment to commercialization is just starting to see some light of day as the first commercial application was announced by CelluForce's Dr. Richard Berry at Tappi's 2014 International Conference on Nanotechnology for Renewable Materials held this summer in Vancouver, BC. The first application with an undisclosed company improves the performance of wood adhesives. Further applications in other sectors are proceeding in field and pilot plant trials.

Dr. Berry emphasized that these commercialization projects take time – typically three years - and require significant collaborative skills resources and investments. Regulatory health and safety approvals need some time as well. CelluForce has been working on applications for adhesives, oil and gas fluids, water management chemicals, cement additives, food formulations and paint and coating rheology modifiers. The initial markets for these categories total 14,800 t/y, estimates Berry. The ultimate potential is much higher, however, and includes a wide variety of applications. In a presentation at the Vancouver nanotechnology conference Jack Miller of Market Intell estimated the CNC market could be 184,000 t/y at a very conservative 5% market penetration. He reported that textiles and paints and coatings could be the major uses of CNC by volume.

With all the talk about nano scale cellulose crystals let's not forget about micro scale fibrillated cellulose, especially the cellulose filament (CF) products developed by FPInnovations and now being produced in a pilot plant at Kruger's TMP newsprint mill in Trois Rivières, QC. Kruger, Resolute Forest Products and Mercer International have put their weight behind its application development and market deployment. Although it's aimed firstly at paper and board reinforcing pulp applications, the potential for CF as a replacement for petroleum-based products and composites is being investigated.

FPInnovations estimates that the initial market for CF as a strength reinforcing agent for traditional pulp and paper products is 125,000 tons per year in North America alone. Market Intell went a step further at the Vancouver nano conference by estimating that the initial worldwide market for all forms of fibrillated cellulose in pulp and paper applications could be almost 1 million t/y.

There is also some significant potential for macro-scale fibers (the kind you can see with your eyes) from Canadian mills to form a major component in molded thermoplastic composites, displacing glass fiber reinforcing. For instance, Magna International is developing car parts manufacturing applications at its suburban Toronto R&D facility using commercially available pulp fibers. Magna says that a 40 % fiber by weight polypropylene composite would be at least 15% less dense than the same glass fiber-reinforced plastic part. Saving weight while maintaining equivalent strength properties with renewable and recyclable materials are much touted objectives of the automotive industry. Magna is working on ways to increase even further the maximum renewable content in a polymer composite which at the moment is above 50 % by weight. One of the keys to the success of this program, like many others, is the use of collaborative R&D. In this case, fiber processing and characterization is being done by Magna's research partner Alberta Innovates Technology Futures (AITF). A researcher at Magna will be presenting some progress in this program at Plastics Engineers TPO Automotive Engineered Polyolefins Conference on October 6 – 8, 2014 in Detroit. The title of the paper is: Concero™: Wood Fibre Polymers for Injection Moulded Automotive Applications by Dr. Alex Baltazar, Magna Exteriors. We will keep you posted on the progress.

Kraft pulp is also finding some exciting new niche markets. As reported just a few weeks ago in Vancouver Business Magazine, Canfor is now providing super clean baled kraft pulp to an undisclosed customer in Japan, who is working under contract to produce a new product for one of the world's major smartphone manufacturers. This company is designing a touch screen for the next generation of smartphones that will be no more than two cellulose fibers thick so it will be more sensitive to the touch. A fault-free pulp is a key requirement and that is what Canfor is striving for. 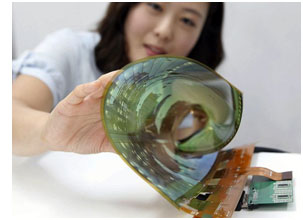 Are cellulose fibers, cellulose derivatives or nanocellulose components of this flexible TV display? It's not disclosed yet. Source: LG Display Co.Another speculative use for cellulose fiber or its derivatives came to light with a recent announcement that Korea's LG Display Co. has developed an 18-inch flexible display that can be rolled into a cylinder, a step toward making a large display for flexible TVs. That's cutting edge stuff indeed. LG Display does reveal that its proprietary 'face seal' technology is based on a multi-layered organic and inorganic film laminate that provides a physical protection to flexible OLED (organic light emitting diode) elements. Are Canadian cellulose fibers or derivatives part of the structure? It's normal to keep these things secret for a while, but it is a possibility. After all, Tembec's pure specialty cellulose is already a component of liquid crystal displays and they are a global contender in this market. (Tri-acetyl cellulose, which has historically been used for photographic film, is now employed in protective optical films for LCD polarizing panels in TVs, notebook computers, and mobile phones). Flexible electronics also are a target application of nanocellulose products.

Opportunities, but the competition is aggressive

There are plenty of opportunites for cellulose pulp fiber applications outside the pulp and paper industry. One of of the primary drivers is to replace petroleum products with a renewable source that does not impact the food chain. Intuitively, it seems that market pull will not go away. As an ultimate irony, the pulp and paper industry could learn from the experience of the oil industry itself, said Geoff Clarke, vice-president of corporate planning at Alberta-Pacific Forest Industries, at the Vancouver nanotechnology conference. He pointed out that derivative chemicals and plastics account for only 4% of the volume of a barrel of oil but that 4% produces 42% of the revenue. Correspondingly, a small fraction of the wood chips that pulp mills process could produce large returns if markets for these new products flourish.

Perhaps we shouldn't count our chickens before they've hatched. That could be the mantra of a traditionally cautious industry, however it seems that some companies and certainly FPInnovations are shedding that mindset for good reasons. After all, there are many opportunities now pecking at the shell while some are still in incubation.

Let's make sure that, when they are fledged, these bio-products along with external sales of green energy, bio-refined products like methanol, ethanol and solvents and innovative wood products all add up to FPAC's extra revenue goal. It's going to take some diligent development, some calculated risk taking and some dogged determination to bring them to market. Also, keep in mind that the Canadian efforts are part of a worldwide trend to renewably sourced products. UPM has already taken a lead with its Formi biocomposite and its Biofore concept car that demonstrates in a tangible way the potentialof pulp fibers. Additionally, Weyerhaeuser is developing fiber car parts with Ford and marketing its THRIVE biocomposite for other thermoplastic applications. Canadian developers and implementers must take an aggressive stance in the race to commercialization.