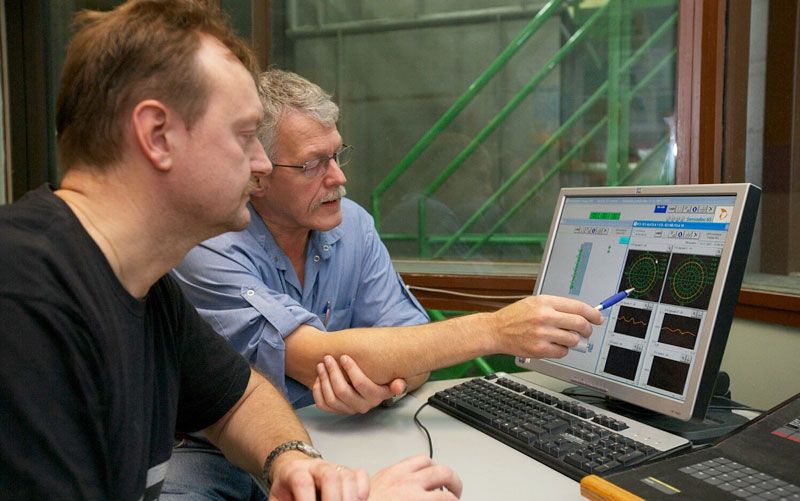 Online predictive maintenance systems can prove their worth by eliminating unnecessary shutdowns while avoiding the immediate risk of failure.

Online predictive maintenance systems can of course avoid catastrophic, very costly and dangerous papermaking equipment failures. But how much vibration is too much and should the machine be shut down to investigate? Could the machine be kept running safely until the next scheduled shut? That can be a risk- filled decision with major economic consequences. As one Canadian mill maintenance manager puts it, "We need to give guidelines to the production crew to run or not to run; there are no maybes," In other words, the risks must be identified and managed with well-defined rules and solid information to support them. The information from online predictive maintenance can play a vital role in reducing the risks of running too long or taking too much downtime without a good reason. Both extremes can be costly.

One way to avoid unnecessary downtime is to keep close track of the vibration time trends for major pieces of process equipment like forming rolls, press rolls and polymer covered calender rolls. They must be monitored continuously over time to see if some vibration patterns are changing too quickly and in the red danger zone. Ideally, the maintenance staff should see the problem coming but not yet on the doorstep. Just such an example is shown in Figure 1 where a suction forming roll shows a gradual increase in RMS vibration but that trend increased rapidly, setting off alarms. Once the danger zone was reached the roll was removed and inspected at a scheduled shutdown. A major failure was avoided as a crack in the shell was detected ultrasonically. Case proven and a costly and dangerous machine outage was prevented. 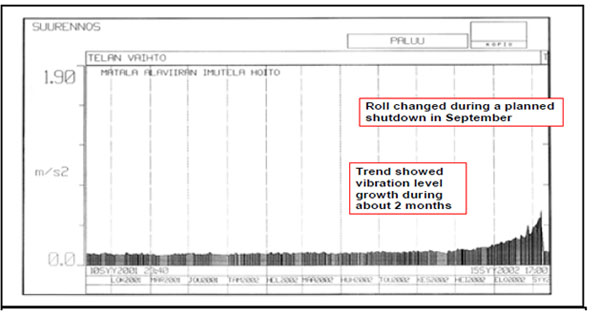 Figure 1: A suction forming roll shows a gradual increase in vibration level but eventually that trend increased rapidly, setting off alarms. A crack had developed but it was caught in time.
Defining root causes

But there are grey areas where the root causes of excessive vibrations are not so clear by looking at raw vibration data. Is it is a faulty roll covering, bearing or gearbox, or something else - a machine fabric or some operating condition, perhaps? Some expert detective work is required to make sure the correct cause is identified so corrective action is targeted at the right time to avoid unnecessary production halts and inspections. That is where the extended diagnostic capability of an online system is put to good use.

Synchronous time averaging (STA) is an often used technique that isolates the root causes of vibration problems sometimes hidden in a sea of noisy signals. A root cause can make a whole machine section vibrate. STA is a data filtering technique in which vibrations can be attributed to certain rolls or machine fabrics by their unique rotation speeds that are measured by trigger sensors. In this way the vibration root causes can be isolated and others eliminated. Maintenance tasks can be focused on the real problems and unnecessary work avoided. As an equally important result, the machine can be kept running perhaps with some adjustments, rather than shutting down.

STA analysis has also been put to good use by diagnosing machine fabric condition and its impact on press section vibrations. As an example, the first press nip vibration on one machine was so severe that machine operators were instructed to shut the machine down if the vibrations were too high, fearing that the fabric would be destroyed and worker safety would be compromised. Engineers of the supplier of the condition monitoring system connected remotely to the online system and determined that incorrect pickup felt cocking was the root cause of the vibration. By proper felt cocking the problems was solved, lowering vibration levels. Now, the operators regularly make adjustments to lower vibrations, extend felt life and avoid unnecessary shutdowns. 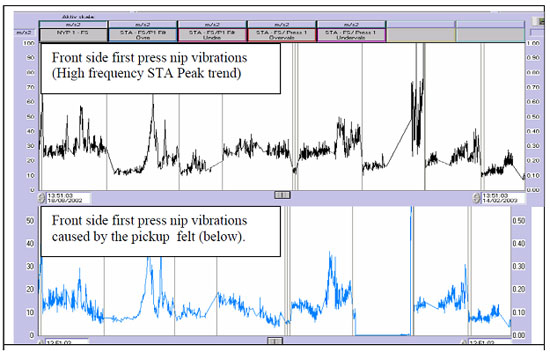 Figure 2: Excessive first press nip vibrations were caused by the incorrect cocking of the pickup felt. The operators learned how to cock the felt properly extending the lifetime of the felt and avoiding shutdowns.

Supcalenders and multi-nip polymer roll calenders are another well –justified application of online condition monitoring. Avoiding failures is an obvious benefit but extending roll cover lifetime by intelligently managing regrinding schedules is a significant factor that can save money. STA analysis is the key to determining which roll (or rolls) in a supercalender or polymer roll calender is showing signs of wear, out-of-roundness or corrugations which, if left unchecked, could cause vibration, paper quality problems or poor runnability. Or perhaps a failure might occur. There are savings available when the roll is taken out at the right time and only a little cover material is removed during grinding since that disciplined action extends the rolls' lifetime. Unnecessary roll changes based on sketchy information or personal opinions are avoided. Therefore, a roll can run longer if the operators decide it is in good shape. The online system helps them with that decision. One SC mill documented a 28.6% reduction in the number of roll changes over a two year period.

There are operational benefits connected to the monitoring of single-nip soft calendering as well, since the calender roll condition can indicate the onset of calender barring. Resonant vibrations in the calender can be avoided by adjusting machine speed slightly, thus avoiding wasted paper.

Figure 3: STA circle plots show the profiles of SC rolls in good running condition (left) or those which are corrugated (right). Running time can be optimized with this information.
Change speed rather than a roll or bearing

Often finding out what is not a mechanical problem is just as valuable as finding a physical fault. The mechanical condition of rolls, bearings and other drive train components should be monitored and corrected only if necessary. To be cost-effective, that should be normal maintenance procedure. However, it is quite normal and expected that vibrations are higher as the machine speeds up. Moreover, a complex mechanical system can show higher vibration at certain speeds where mechanical resonances occur. It is therefore important to interpret what vibrations are caused by speed and what are truly mechanical faults and convey that information to the operators. With the right programming predictive maintenance systems can define normal and abnormal vibrations for a certain speeds. It's a cheap fix just to change the line speed a bit.

For instance, a preventive maintenance crew at a WFU mill knows when the cause of vibration is the critical speed of the machine and not a damaged bearing. Figure 4 illustrates a resonance point at about 1130 m/min. The machine speed can be adjusted to avoid this point and minimize vibrations. 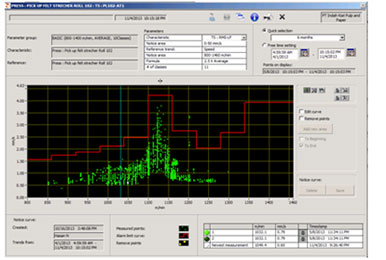 Figure 4: The root cause of vibration in a felt stretcher roll was a speed-related mechanical resonance instead of a bearing defect. Vibrations are much lower if a speed range can be avoided. Thus, unnecessary mechanical repairs were avoided.
The maintenance team at this mill has learned to be patient and to follow the trends instead of making hasty repairs. Only once has a bearing failure (due to disconnected lubrication piping) caused unscheduled machine downtime and fewer bearing were changed than the crew expected during scheduled maintenance shuts. Minimizing the costs while maximizing the effectiveness is what it's all about.

Pictures and charts courtesy of Metso