Microfibrillated cellulose (MFC) is set to transform paperboard furnish according to the intentions of two major European paperboard producers. Stora Enso and BillerudKorsnäs are making plans to phase in MFC as part of their papermaking furnish. In fact, as an early market entrant, light weight milk cartons using Stora Enso MFC are already test marketed in Eastern Europe. It's a foothold, to start with.

Stora Enso says that 500,000 tonnes per year of its paperboard could contain MFC, which could reduce the products' weight and save fiber furnish. That's improved material efficiency, in other words. The company is investing a total of EUR 9.1 million (12.7 million CAD) in its consumer board mills in Imatra and Ingerois, Finland, and Fors, Sweden, to continue the commercialization of MFC and to accelerate product development. The plants are scheduled to start production by the end of 2017 and expected to reach full production within 3 to 5 years. In addition to lightweight products, the company is targeting new applications, which will include barrier layers for grease and oxygen and biodegradable film as a replacement for aluminum foil currently used in paperboard packaging.

In addition, BillerudKorsnäs has partnered with Norway's Borregaard, known as a biorefiner, to implement their Exilva brand MFC in paperboard products. BillerudKorsnäs' products include kraft papers, sack papers, containerboards and consumer product packaging. Based on the results of initial tests, the company has now decided on full scale trials with Exilva to start in early 2017. For the future, the company says using MFC could possibly be a key to replace the thin barrier layers of plastics or aluminum which are often added to the otherwise renewable cellulose fibre-based packaging. The MFC will come from Borregaard's new 1,000 tonne/yr plant which just started up in 2016. 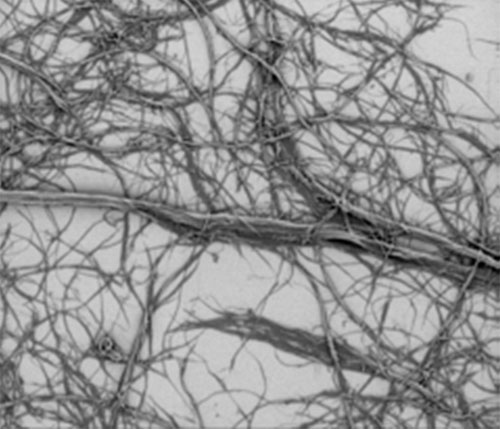 At about the same time, BillerudKorsnäs has announced it will build a very large board machine at its Grüvon mill in Sweden. The new BM 7, which is scheduled to start operation in 2019, will have an annual capacity of 550,000 tonnes of virgin fibre-based board. Fifty percent of the machine's capacity will be dedicated to the production of liquid packaging board, while the other half will be used to manufacture folding boxboard, food service board, and kraftliner. While it is premature to speculate if part of the furnish for this machine will be MFC, it would certainly continue the trend to lightweight liquid container board already established by Stora Enso in its market trials.

Stora Enso has operated a pre-production MFC plant at its Imatra, Finland mill since 2011. The company has focused initially on the liquid packaging board segment, being the first company to have successfully launched a commercial paperboard packaging including MFC. Since 2015, MFC has been used for source reduction and to improve board quality in dairy product packaging through its partner Elopak, a liquid food container manufacturer based in Norway.

In a quote from the Stora Enso website, Tom Egenes, Director of Strategic Sourcing at Elopak, says, "By using MFC, we get the maximum yield out of the raw material and thus more packaging material per ton of board. Important properties, such as stiffness and internal strength, are maintained, with less weight. Within Europe, there are various incentives and regulations to reduce the weight of packaging material. The partnership with Stora Enso makes it easier for us to reach these targets." Elopak has piloted the lightweight containers in the Eastern European market, offering it to all dairies in the region. More than 100 million packages have been produced successfully.

While both of these plans are just emerging from the pre-production pilot plant stages, the future of liquid packaging board – and perhaps paperboard grades in general – probably will be focused on lighter weights with the higher strength properties that MFC brings. Preliminary results are reported to be positive and both companies have made convincing statements about continuing the momentum and making investments. Also on the positive side, both companies agree on the value proposition that the MFC will improve their products' material efficiency or yield for package converters. That's another way of saying lower costs. The worldwide liquid packaging carton market, estimated by market research firm Research and Markets (R&M) at about 12 Billion USD in 2015, is particularly enticing since R&M estimates the cumulative annual growth rate will be 4.8 % from 2016 to 2022. Any increase in yield per tonne will be a most welcome competitive advantage in this growing market. Lightweighting is the way to go, it seems. In addition, the role of MFC as a barrier film may expand, since that is the intent of both European companies. An all fibre-based, environmentally-friendly product may result.