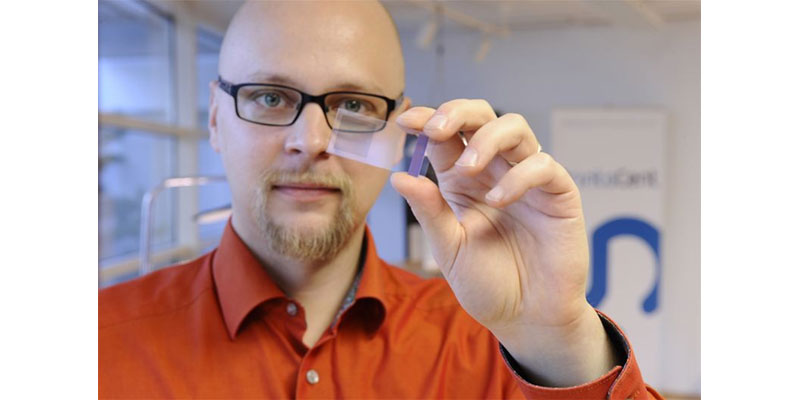 This fledgling technology – plus smart content from the "internet of things" - may visualize and investigate faults, then permit speedy, focused repairs.

Centralized predictive maintenance systems for machinery, valves and process measurements have been well established for some time now in pulp and paper mills and have proved their worth by avoiding costly failures and improving process uptime. But a recent development by Finland's VTT research organization may complement and expand upon the use of predictive knowledge. Rather than the usual displays on computer screens in a maintenance shop or a control room new high-tech eyewear may show the diagnoses right in front of a person's face and close by the process equipment being inspected. It's at-the-scene troubleshooting. More than that, this capability to investigate moves around the mill with a maintenance person.

This potential revolution in mill maintenance may be catalyzed by a new optical technology which brings visual information directly into the user's field of vision, as a high-definition image on an eyeglass lens. Dispelix Oy, a VTT spin-off company, will commercialize this technology which will enable smart glasses to replace smart phones or tablets, while still allowing users to see the world around them. Also compatible with current smart glasses, this product should be available within a year."As electronics and optics evolve, displays will even be seamlessly integrated into ordinary glasses," predicts Antti Sunnari, Managing Director of Dispelix in a November 10, 2015 press release. 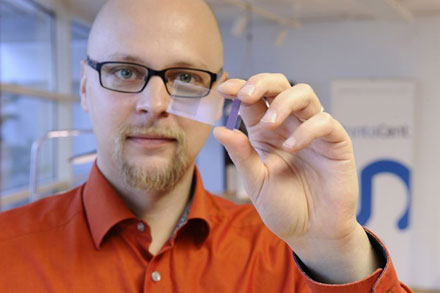 "This display, which can be almost invisibly integrated into lenses, is already close to the markets and ready for high-volume applications," Antti Sunnari of Dispelix points out. Photo source: VTT

The company says that the displays will have unlimited applications for consumer and professional use. The Dispelix statement continues; "Smart glasses will boost work efficiency by allowing workers to use both hands in difficult conditions, or to learn more about the task as the work progresses. The size of the virtual image is equivalent to a 60-inch TV screen viewed from a distance of three metres." That's impressive since a 60-inch screen can display a lot of content. "New applications for this display technology and smart glasses will appear in areas such as healthcare, manufacturing and process industries and logistics," the press release adds. 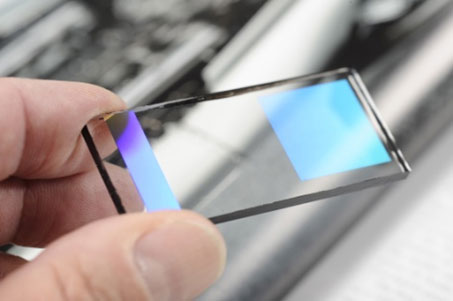 The size of the virtual image is equivalent to a 60-inch TV screen viewed from a distance of three metres. Photo source: VTT
How is this emerging technology related to the nuts and bolts maintenance in a pulp and paper mill? It could be quite transformative according to Mika Karaila, Valmet's Research Program Manager, who described an "Augmented Reality" approach to predictive maintenance in a recent Paper 3600 Magazine article. Smart phones and smart glasses are part of the plan to present on-the-spot information to maintenance workers in the mill. Essentially it's a manifestation of the "internet of things" concept; the things in this case are maintenance point measurements which contain embedded knowledge. You just have to crunch the numbers to extract it.

The new smart glass technology may be coming soon but the displays must have some smart content to make them useful for fixing a problem. That is being done in Valmet's development. The measurements and information processing now being tested involves a fusion of a number of ground-breaking technologies, including magnetic navigation to precisely locate a device in a complex mill, battery-powered wireless vibration sensors and other sensors, cloud computing and a user interface based on smart phones or possibly smart glasses. The key to augmented reality is that a maintenance worker can have access to the maintenance history of any device in a mill spread over hectares, conduct an in-situ analysis of its current health and even communicate with the device supplier about how to fix it.

This information is not communicated from a maintenance shop terminal but right in the mill since the maintenance intelligence would be virtually there. Some experienced maintenance workers already use their senses to detect impending problems. More than that, this new technology may augment their senses and add to their problem solving capabilities. The real benefit is a repair is made quickly and surely. Ultimately, repairs could be predicted and planned well before failures happen and that would have a big impact on plant reliability and production uptime. 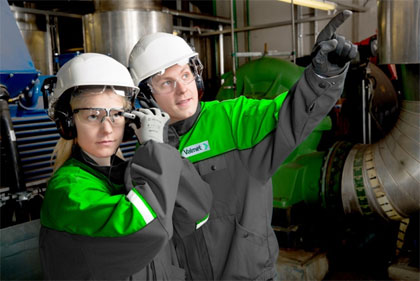 Valmet is working on the application of smart glasses that will help to locate, visualize and diagnose maintenance problems. Photo source: Valmet
Low power wireless machinery condition sensors, Bluetooth communications or other wireless protocols and cloud computing access via a Wi-Fi connection to the Internet are also cornerstones of the augmented reality concept. Miniscule battery-powered sensors are based on emerging micro electromechanical (MEMS) technology. One such device used in Valmet's application uses acoustic emission techniques developed by VTT to detect mechanical vibrations. The detection capability can be extended to include miniaturized measurements of acoustics (for leak detection) light emissions, humidity, pressure, magnetic and gyroscopic fluctuations. 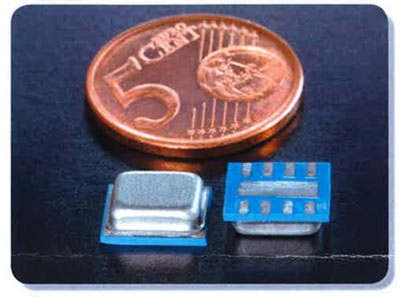 Intelligence in the cloud

The new portable and virtual user interface extends beyond the reach of hard-wired systems (that are usually comprised of a few hundred monitored points) to thousands of accessible points. The sensors can be placed during a scheduled maintenance round and can be relocated at a later time. Valmet is also working on the integration of thermal imaging into the application so it will give the maintenance worker an extra dimension to mechanical problems that might be hidden with only the visible view of equipment.

The intelligence derived from the raw sensor signals comes from a cloud computing network where the signal spectrum analysis and other condition monitoring techniques are performed. That analysis requires a lot of computing horsepower which has been done previously by deskbound computers. However, in a virtual world the analysis is done remotely. As an example of this cloud computing power, the Lotus Formula 1 racing team is using Microsoft cloud –based software to monitor and analyze the signals from over 200 wireless sensors in its race cars. The objective is to make fast and sure adjustments to win races. 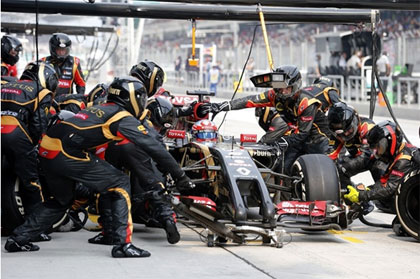 This portable predictive maintenance may not replace hardwired systems since process operators need to know immediately if a critical high speed machine component is showing imminent signs of failure or if they can keep on running under safe, controlled conditions. This immediate feedback for some papermaking is important since the cost of failure is high. But this augmented reality concept may add to a mill's regularly-scheduled predictive maintenance walking routes by making thousands of components accessible for firsthand repairs, but only if necessary. If it's not necessary according to the in-situ analysis then time and money are saved.

Someday maintenance workers wearing smart safety headgear may wirelessly communicate with a sensor on a mechanical component, a smart valve or a transmitter, conduct an on-the-spot health check, visualize its health on integrated smart glasses and even talk to a supplier through a headset about how to fix a problem. That's real hands-on problem solving. It may sound futuristic but let's see how this new technology rolls out over the next few years.