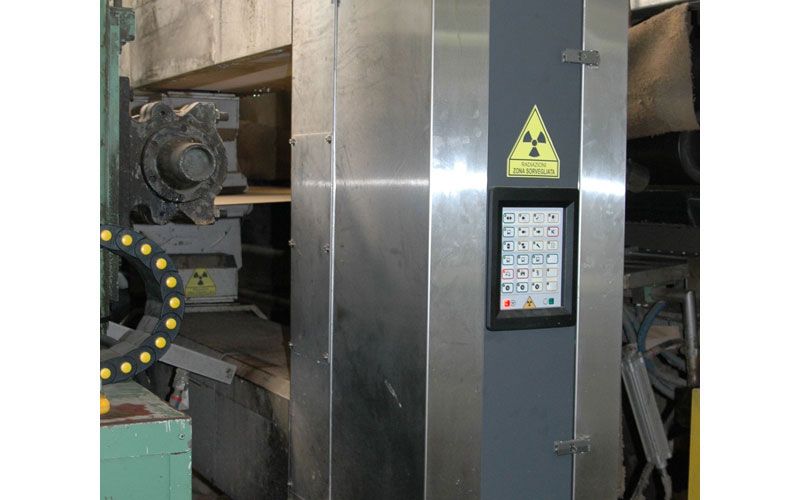 A modern QCS offers powerful diagnostic capabilities and the ROI potential is much better than previous generations. But what does the future hold?

In the early 1970s, the first computer-based quality control systems were comprised of little more than a single scanner with analog basis weight, moisture and caliper sensors tied to a minicomputer that was the size of a carry-on travel bag. A handful of I/O points were used to control a thick stock valve and a steam valve. That was the extent of it for many systems, except for a few fledgling versions of automatic grade change and calender air shower controls. It was cutting edge technology for the times, but how the times and the technology have changed after more than 40 years! In today's QCS there are so many additional measurement, control and diagnostic capabilities that the boundaries have expanded significantly. Since QCSs have been sold on their ROI potential from the very first days, the improved value to papermakers has been a key to the success of subsequent generations.

The changes have been both evolutionary and revolutionary. Evolutionary improvements included the transition to successively faster and more powerful versions of microprocessors that enabled distributed intelligence at the sensor level. Measurement accuracy, calibration checking and service diagnostics were improved. On the revolutionary side, the ROI potential was transformed in the 1980s by a full complement of CD profile controls and the associated profilers. Papermaking performance and profitability improved remarkably. Then, transformative measurements and controls of white water consistency, ash levels and electrochemistry were added to systems or implemented independently. Whether wet end controls are part of a QCS is open to interpretation; it depends on who is selling the solution. Nevertheless, that remains a moot point since they have certainly contributed to the stability of the papermaking process by being linked with QCS feedback controls. Multi-variable controls that use both have cut losses during startups and grade changes and have avoided repeating web breaks. Along with ongoing gains in scanning sensor accuracy, stability, reliability and serviceability, the selection of measurements has expanded to include many optical properties, surface qualities and paper constituents. Optical caliper measurement-once a pipe dream-is now a reality.

Recently, QCS diagnostic capabilities have been improved by online variability analyses that the old systems never approached. As a young application engineer in the 1970s, my main diagnostic tools were paper chart recordings, printed quality reports, scissors, Scotch tape, a Xerox machine and a programmable calculator. It was time-consuming, long-term work. Now, a QCS can determine quickly the frequency characteristics of recurrent paper quality instabilities and even isolate the possible causes. Rather than the passive printed reports that were rarely retrieved from a mountain of paper in a back room, modern quality analyses show active, three-dimensional cause and effect relationships so paper quality can be optimized on the spot. Sometimes the old paper reports were dusted off to see what caused a customer claim; now, the problem can be solved proactively before the wrap line. 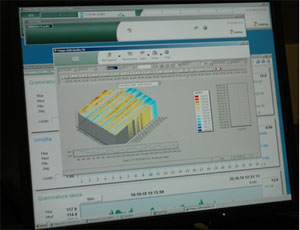 Modern QCS quality analyses show active information so corrections can be made on the spot.

A QCS identifies the sources of quality variations.

At Tappi's 2014 PaperCon Conference, Seyhan Nuyan of Metso made the point that there are numerous improvements in a modern QCS that can offer a better return on investment. Certainly, more precise and faster quality measurements, improved CD profilers and multi-variable MD and CD controls have contributed. In addition, the scanning function is now adapted to suit the production situation to minimize off-spec production. Scanning speeds and scan widths can now be altered during grade changes, coating blade changes, start-ups and break recovery periods. In addition, the sensor platform can be programmed to dwell on a fixed web position to warn of upstream machine-direction instabilities or to set a benchmark and milestones for process improvement programs. 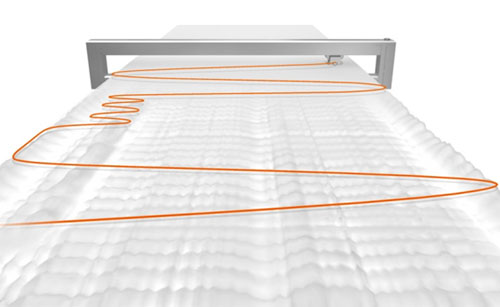 QCS scanning adapts to suit the required control situation and to target the end result
In one example explained by Nuyan, a twenty-year-old 5-scanner quality control system on an off-machine coater was replaced by a new system with adaptable scanning functions. In this case, the synchronized scanners go into a high-speed mode during the coater startup and acceleration period. The profiles and paper quality improved and startup waste was reduced considerably, thereby achieving the expected return on investment. In addition, coating skips from debris in the coater jets are now pinpointed by the higher resolution system. This valuable diagnostic allows a quick operator intervention to avert previously undetected quality problems. 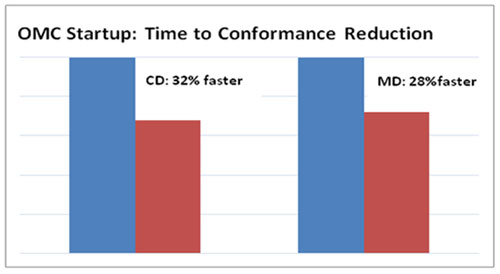 Other QCS replacement results are convincing: Specialty paper sheeting waste was reduced by 60%. Production on two linerboard machines was increased by 4% and 10%. An offset paper mill reported 10% extra production, fewer web breaks and energy savings. Break duration times were reduced by more than 50% on a WFU machine. A multi-ply board producer confirms 14 % furnish cost savings, over 6% production increase and substantial energy and chemical cost savings.

Despite the improved performance of new systems, the industry is still hanging on to some so-called legacy systems. Data from Fisher International show that the heyday for QCS installations was between 1995 and 2000. Many of those 900+ systems are still operating. Further back than that, some obsolete 20 or 25-year-old systems are getting expensive to repair. But cutting repair cost is not the only nor the best justification for a QCS replacement, as industry consultant Ole Fadum pointed out in a Paper 3600 article in 2009: "QCS systems, scanners, sensors, controls and actuators, have greatly improved over the last ten years." He suggests that rather than wait until systems are functionally obsolete, better papermaking performance can be achieved by replacing them at the right time, even when money is scarce. He concludes, "Process control remains the most cost-effective way to improve process and product performance."

Older systems will eventually be replaced as obsolescence threatens reliability, but how could those future systems offer even more value? It may come from a fusion of technologies. For instance, the non-mechanical scanner- where scanning is done electronically - has been a holy grail for QCS developers for decades. In fact, I saw an inspiring electro-mechanical R&D prototype during the early 1980s that never made it to market. Today, electronically-scanned infrared measurements resolve wet press moisture profiles, whereas mechanically-scanned infrared sensors measure fiber weight and moisture simultaneously in a tissue sheet. Could these technologies be merged into an electronically-scanned measurement at the dry end of a tissue machine? Lightning fast profile updates could improve the control of fast machines.

What's the next breakthrough in online paper quality sensors? It could be another try at measuring sheet strength with a totally different approach. Ironically, that could be a soft sensor that estimates or perhaps predicts end-use tests with upstream inputs from online fiber dimension, fibrillation and crill measurements that are being evaluated now in some mills. The objective is to assess fiber bonding potential. Soft sensors for speedy process management confirmed by a quick, automated dry sheet lab test could ensure ready-to-ship quality. Perhaps optical or surface properties could be managed with this upstream soft sensor and downstream hard measurement approach.

This expanded, very different and distinctive role for the QCS could be adopted by suppliers who take a "big picture" solutions approach that includes the incorporation of many additional online measurements other than those on a scanner or those used in current wet end controls. Fiber dimensions, fibrillation, crill, freeness, formation, drainage, web fiber orientation, sheet release points and dry sheet functional tests could be added as interactive components in an extended control matrix.

In the near future, this big picture should include online measurements of micro and nano-fibrillated cellulose made by on-site mechanical processes. With these promising fibrils, basis weights will come down and filler levels will go up to unprecedented levels. That will accentuate the need for stable quality.

Intuitively, there are benefits from managing the fiber preparation and papermaking process using expanded multi-variable models that could help papermakers to lock into an ideal operating window. Imagine controlling the fiber preparation and papermaking process to meet all customer specs with minimum production cost and maximum productivity. The systems of the future might do that if the concept is kept open-ended; that is a platform for new furnish and paper quality management techniques. Of course, these developments must pass the ROI test. Then, the definition and value of a QCS may continue evolving and broadening.

Mr. Williamson has been engineering, marketing and writing about QCS applications for forty years.

Some pictures and graphics are courtesy of Metso.