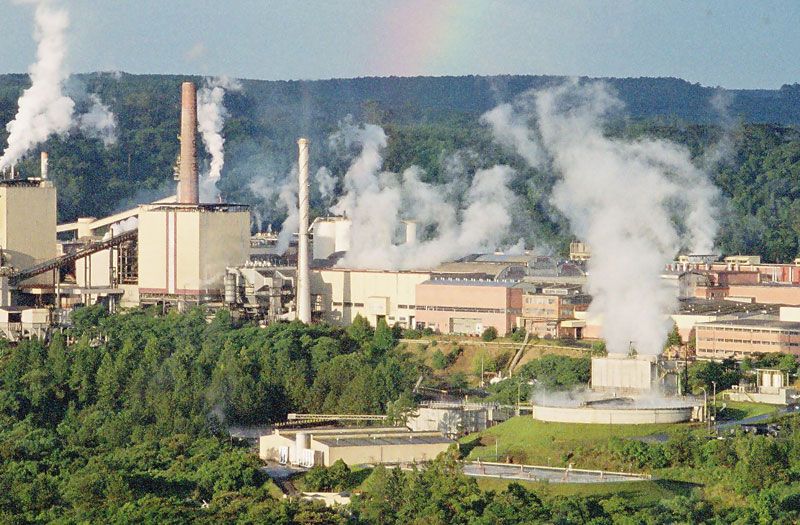 The hiss of steam vented from a pulp or paper mill is a sure sign that steam generation and delivery inside the mill is out of balance.

With Advanced Process Control (APC) vented steam was reduced by 90% at a BEK mill.

The hiss of steam vented from a pulp or paper mill is a sure sign that steam generation and delivery inside the mill is out of balance. It's also an indication that some distribution inefficiency should be corrected, since valuable energy and money can be saved.

Keeping a balance between steam supply and demand is a challenging task in a pulp and paper mill complex, as there can be many sources of supply and multiple users. To add to the complexity, mill processes are dynamic and often in transition, but not purposely synchronized. It's difficult for operators to predict.

If this equilibrium is disturbed on the supply side or at the demand side, it is quite common for the steam network to become unbalanced, which can result in steam supply variations. Some key processes may lack steam or steam that cannot be used may be vented, both of which waste energy and money. Typically, when process steam demand is not met by primary sources auxiliary boilers are brought on line to make up the difference, sometimes using expensive hydrocarbon fuels. When excess steam is vented a lot of valuable fuel and money is wasted, and this adds to the carbon footprint of the mill. To save that wasted energy, a steam network state of equilibrium must be established.

Advanced Process Control (APC) systems that are able to model, predict and regulate the dynamic behavior of steam networks, have a valuable role to play in establishing that state of equilibrium by alleviating uneven and wasteful steam distribution problems. An APC steam management system uses a multi-variable control model to accomplish these goals.

With the objective of saving boiler fuel and reducing carbon emissions, a large eucalyptus ECF kraft pulp mill with two fiber lines and three recovery boilers invested in a steam management APC system to regulate the complex steam supply and distribution network. The results at this mill have been impressive, with a 90% reduction in vented steam. Fuel costs are down and the carbon footprint of the power boilers has been slashed by the equivalent of 2, 200 tons per month of CO2 emissions.

Most of the steam at this mill is produced by three recovery boilers; the balance is produced by two power boilers burning bio fuel. Oil burners for these power boilers are used at start-ups and during periods of high steam load. Two turbine-generators operate from the high pressure header supplied by the 5 boilers. The biggest process steam consumers are two evaporator trains and two continuous digesters which use medium pressure and low pressure steam. Also, the recovery boilers require some process steam for sootblowing.

Before the system was installed, the control supplier gathered process information concerning the mill's steam network. The operating model of the mill and its controls were studied to create a full-scale picture of the plant's performance level in terms of energy efficiency.

This legwork and pre-engineering was well justified since the distribution network is complex and frequently changing. This effort helped to configure the structure of the multi-variable predictive (MPC) models which are a cornerstone of the control. Figure 1 shows a simplified model of the matrix of variable interactions used in the control. The fundamental objective is to guarantee both steam pressure and steam availability – not too little for the pulp mill processes and not so much that it has to be vented. At the same time, the pressures of high pressure, medium pressure and low pressure headers are kept at their target values. Steam availability is ensured by regulating steam balance of the steam network by ensuring that steam production of the boilers matches the steam consumption of the turbine-generators and the mill processes demanding process steam at any instant in time. 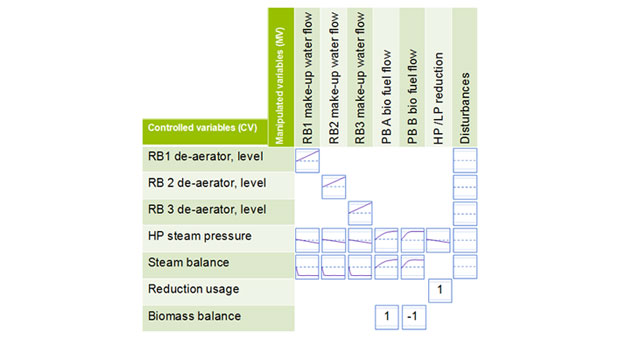 Figure 1: Simplified control matrix for the steam network management control. The controlled variables (CVs) are regulated at their set-points by managing the manipulated variables (MVs) in the presence of disturbance variables, (DVs).

The new way of managing the steam network had to be learned and accepted by the process operators. Once they saw the first results the transition was made easily. Mill staff says the expected returns could be seen from the first day and the targeted 90% reduction of vented steam was reached in three months. See Figure 2. This means 10,000 tons of steam monthly are not being discharged to the atmosphere , which is the energy equivalent of 715 tons of oil per month and 2, 200 fewer tons of CO2 .

Figure 2: At this BEK mill steam vented to the atmosphere (called blow-out) has been reduced by 90%.

In addition, the high pressure steam is more consistent, as shown in Figure 3. The stabilization of all steam pressures in the network – high, medium, and low pressure – is an important part of the steam management concept. The lower pressure header must be stabilized to provide steam at constant pressure to steam consumers. On the other hand, the high pressure header must be stabilized as it is one of the main variables that are controlled by the power boilers. If that is upset, the boiler load and eventually the fuel consumption of the boiler is disturbed.

Figure 3: The stability of the high pressure steam header has been improved significantly.

Data and drawings are courtesy of Metso.