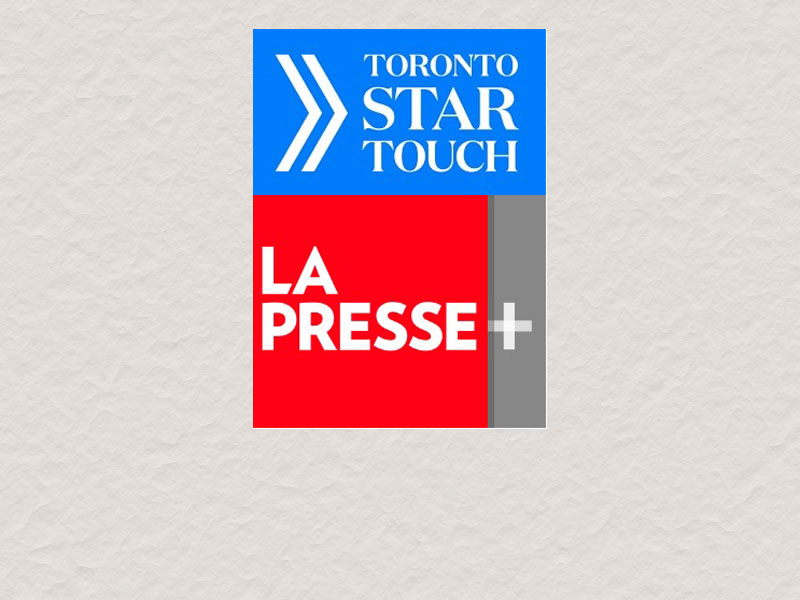 If you don't live in one of Canada's two largest cities, Toronto and Montreal, you might have missed the latest skirmishes in the battle between paper and electronic formats for newspaper readers.

Over the last decade or so, many newspaper publishers have decided to publish a digital version, usually in parallel to their printed version. In Montreal, the French-language newspaper La Presse launched their version "La Presse +" in 2013 to great fanfare. They claimed to have spent three years and $40 million to develop it. Initially designed for iPad customers, an Android version was released about a year later. La Presse + claims to have 270,000 daily readers today.

In the fall of 2015, the Toronto Star, Canada's largest 7-day circulation newspaper with about 1.5 million readers, adopted the La Presse + model, naming it "Star Touch". In the first 50 days after release, 100,000 readers downloaded the Star Touch application.

In 2016, La Presse stopped printing the paper version on weekdays, retaining only the Saturday edition in printed form. This was a bold move, since La Presse + is a free application, thus La Presse was forgoing subscription revenue, counting on advertising income to be their main source of revenue.

In June 2017, the two publishers announced the latest developments, which appear to proceed in opposite directions. First, La Presse announced it would go fully electronic in 2018, abandoning its Saturday print edition. Then the Toronto Star announced it was abandoning Star Touch, after having spent $35 million on it since its launch. Apparently the digital readership had dwindled to only 60,000, well below expectations. So, with apologies to Charles Dickens, is it the best of times in Montreal and the worst of times in Toronto?

Let's look a little deeper and compare the two situations.

In Montreal, La Presse is owned by the Power Corporation of Canada, a privately-held corporation with plenty of other businesses that are likely more profitable than publishing newspapers. Its chief rival for readership is Le Journal de Montreal, which is a tabloid owned by Quebecor, attracting a different audience. So readers of La Presse don't have much choice but to go digital (providing they have invested in an electronic tablet, of course).

In Toronto, the Star is owned by TorStar Corporation, which also owns Metro, a free daily printed tabloid in 7 cities. Like La Presse, its chief rival for subscribers is a tabloid, the Toronto Sun. Two national dailies are also based in Toronto: the Globe & Mail and the National Post. Going 100% digital in such a market would be more likely to lose readers to their rivals. TorStar is a public company which reported net losses of $400 million in 2015 and $75 million in 2016. It's not hard to imagine its board of directors ordering an end to this money-losing experiment.

In summary, the owners of La Presse have the luxury of private ownership with a virtual monopoly, while their neighbours in Toronto are publicly-owned in a more competitive environment.

Whatever reasons made the La Presse decide to abandon newsprint, it likely wasn't because the readers asked for it. A ten-country survey commissioned by Two Sides and published in May 2017 showed that 64-80% of respondents prefer reading from paper to reading off a screen. As well, 71-79% agreed that, compared to other media, print on paper is more pleasant to handle and touch.

Without subscriber fees and with the demise of classified ads due to models such as Kijiji and Craigslist, the profitability of digital newspapers will depend heavily on advertising by local businesses. And obituaries!