In my last blog, I emphasized that Green Chemistry Principles provide useful, actionable ways to drive innovation strategies and accelerate transformation in the pulp and paper (P&P) industry. Here, I will focus on a facilitating technology in the development and implementation of biomolecules, biomaterials, and bioproducts from biorefinery: molecular modeling (MM).

Since 1960, the rise in computing power (number of processors and capacity, speed and visualization), has allowed exponential growth of classical and quantum molecular modeling methods, leading to considerable progress in our understanding of fundamental processes.

Molecular modeling encompasses all theoretical and computational methods used to model or mimic molecular behaviour. MM development began in the early 1960s, although the underlying math originated much earlier.

The common feature of all MM methods is the atomistic-level insights it provides. Many methods exist, including molecular mechanics, semi-empirical, density functional theory (DFT), molecular dynamics (MD), ab-initio, as well as sampling methods such as replica exchange molecular dynamics (REMD). Selecting a method hinges on whether a quick answer from classical methods (e.g. molecular mechanics) is desired, versus the very high accuracy but time consuming results from quantum-based calculations (ab initio) for small molecular systems.

The University of Tasmania’s Dr. Karen Stack is a P&P molecular modeling pioneer. Her early work on the interactions between poly(ethylene oxide) and phenol-formaldehyde resin remains a reference1. As we entered the new millennium, a concerted effort was needed to broaden the transfer of this technology into the industry.

It all began with the organization of an international symposium series. The 2005 (a global first for this industry), 2008 and 2011 Fundamental and Applied Pulp & Paper Modelling Symposia (FAPPMS) brought together experimental and theoretical scientists working at the cutting edge of papermaking chemistry. Their objectives were to promote use of molecular and classical modelling throughout the industry, and develop more effective molecular systems, in an effort to better understand the underlying mechanisms. Papermakers, suppliers and academics attended these peer-reviewed symposia, supported by PAPTAC, where theoretical and experimental scientists proved molecular and classical modelling are reliable, predictive, and powerful tools in solving real papermaking problems (Figure 1). 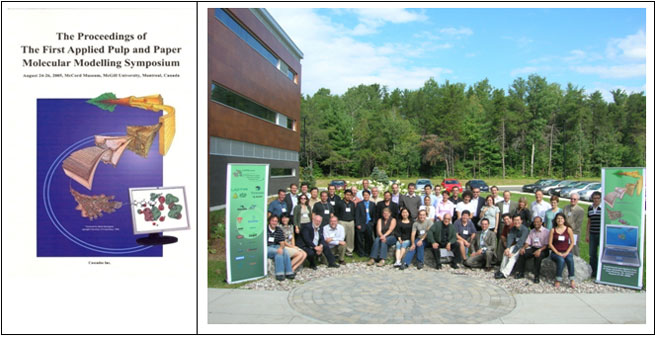 Figure 1: Left) The 2005 Fundamental and Applied Pulp & Paper Modelling Symposium (FAPPMS) (a global first for this industry); and right) the 2008 Symposium brought together experimental and theoretical scientists working at the cutting edge of papermaking chemistry.

Interplay between theoretical and experimental work

One notable example of experimental and subsequent theoretical success was the discovery of nanotubes of styrene maleic anhydride (SMA) polymer, used as a papermaking sizing agent (minimizing ink penetration and improving paper sheet printing quality). The change in SMA particle size as a function of pH in water was first experimentally observed at McGill University in 2000 by Garnier et al2.

Later, Professor Malardier-Jugroot from Royal Military College of Canada used theoretical molecular modeling (in-silico method) to predict that SMA nanotubes exist at neutral pH3. Today, the Malardier-Jugroot discovery is evolving. Drugs are introduced into SMA-based nanotubes and subsequently released when encountering cancer cells, which are highly acidic. This phenomenon is caused by the systematic disruption of the SMA nanotubes when exposed to highly acidic or alkaline conditions.

Interestingly, during my own PhD work about half of my colleagues began with experimental results subsequently proven by MM, while the other half made theoretical discoveries (in-silico) which were then experimentally proven. It’s clear that MM can be used to explain underlying mechanisms and create new molecular and material models, which require validation by experimental evidence.

This example highlights the remarkable evolution of molecular modeling, and its potential to help the biorefinery industry enter new application fields.

Benefits of MM in biorefinery

Within the biorefinery industry’s necessary transformation (biomolecules, biomaterials, and bio-products), MM can accelerate the development and implementation of numerous business opportunities. Obvious examples include green chemistry from forestry for the pharmaceutical and nanocellulose industries. Moreover, scientists can generate data and experimental evidence in the lab while molecular modeling calculations are processing!

More than ever, computing power is transforming our understanding of the world, from the atomic scale (e.g. details of chemical interactions between molecules) to our universe’s broadest horizons (e.g. galaxy formation). Clearly, molecular and classical modeling will continue to underpin prolific discoveries and development of sustainable innovations toward a greener future for the biorefinery industry. 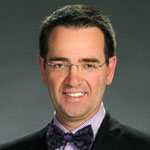