Bio-oil from an HTL project.

The forest and chemical industries aim to contribute to a more sustainable society looking for new ways of utilising forest biomass for products where fossil oil can be replaced.

Hydrothermal liquefaction, HTL, and hydrothermal carbonization, HTC, technologies developed almost a century ago are therefore attracting new interest as they offer opportunities to utilise biomass. By different combinations of pressure and temperature biomass can be turned into bio-oil for further use as raw material or e.g. into hydrocarbons for energy purposes. In Norway, Södra and Statkraft will build an almost full-scale HTL plant, in Germany the ribbon-cutting event for a HTC plant took place late last year and in Sweden Processum among others is running pilot scale trials to develop HTC and HTL processes. However, what's in it for the forest industry?

Hydrothermal carbonization, HTC, was first described in 1913. This technology can handle wet biomass and is conducted at temperatures around 200oC or slightly below, and at a pressure of about 1 MPa. The reaction is exothermic and if the process is managed properly it is possible to use the heat from the wet biomass to produce dry biocoal. From a mill point of view, it can therefore be a way of solving a waste problem, fibre sludge can e.g. be turned into hydro char or activated carbon. The resulting product is a solid homogenous low value carbon material which can be used for energy production.

During the 1920s, the concept of using hot water and alkali catalysts to produce oil with biomass as feedstock was first described. Hydrothermal liquefaction, HTL, is conducted at temperatures between 250 and 400oC and pressures of 5 to 25 MPa. At 374oC and a pressure of 22 MPa water will become supercritical; the density falls from 1 to 0.6 and it becomes similar to an organic solvent and can act as a catalyst and as a solvent. These process conditions can still produce liquid products, but also result in a gas mixture of H2 and CH4, which can be further refined for energy purposes or production of chemicals. This latter process is often referred to as hydrothermal gasification, HTG. 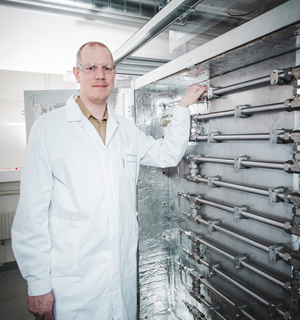 "At Processum we see interesting opportunities with the HTL technology and are therefore installing an HTL pilot for continuous processing," says Tomas Gustafsson, senior researcher at Processum.
"When running HTC, HTL or HTG processes you will always get gas, liquid and solid fractions", explains Tomas Gustafsson, senior researcher at Processum, a subsidiary of RISE, Research Institutes of Sweden. "By choosing different combinations of pressure, temperature and catalysts the main output will be solid carbons, bio-oil or gas. Due to the different temperature and pressure levels used in each technology, the HTC, HTL or HTG process equipment may differ".

"At Processum we see interesting opportunities with the HTL technology and are therefore installing an HTL pilot for continuous processing. We already have a small HTL pilot and will soon be able to scale-up successful trials in our continuous pilot. As Processum is heavily into biorefinery, aiming at increasing the value and use of industrial side streams or residual material, we regard HTL as well as HTC as interesting technologies for different purposes in a biorefinery concept."

"Historically HTL has received attention in times of high crude oil prices whereas the interest has gone down when oil prices have decreased. However, despite the present low oil prices, the interest in HTL is on the rise, probably due to the general trend towards a more sustainable society."
"HTL as such is a proven technology but it is a bit tricky to balance the temperature and pressure parameters to maximise the liquid phase. The feedstock is cheap and can e.g. be black liquor, hydrolysis lignin from ethanol production, wood chips or saw dust. Important though is that the process parameters must be optimised for each type of feedstock and at Processum we are running HTL optimising tests for all of them." 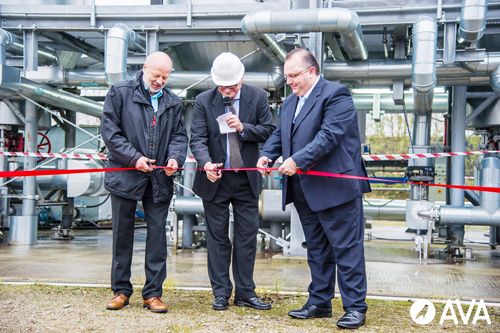 The ribbon-cutting event for the HTC plant in Innovationspark Vorpommern in Murchin, Germany took place in November last year. Photo: AVA GmbH.
"We now have the situation where pilot and demonstration plants exist and the first steps towards full scale production have been taken. Bio crude oil is not yet on the market but hopefully soon will be and customers could e.g. be chemical and oil companies. As bio crude oil has a low sulphur content it might be suitable to mix it with marine diesel fuel. The location of HTC and HTL production units depends on what you want to produce, where the raw material is and/or the upgrading will take place as well as how the product will be used and transported. It is important to find the right combination of these parameters providing the best financial outcome."

In February the Swedish market pulp supplier Södra and the Norwegian energy company Statkraft formed a joint venture company, Silva Green Fuel AS, which will produce biofuels. The company is located in the former Södra Tofte pulp mill area in Norway. Having evaluated different technologies Steeper Energy, a Danish-Canadian clean-fuel company, was chosen in December last year. The investment will result in a 50.6 MEUR industrial scale demonstration plant leading to a future commercial scale plant. 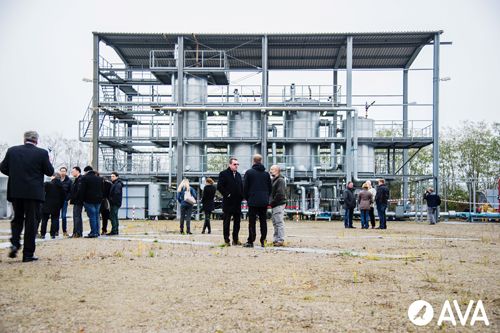 Steeper will license its proprietary HydrofactionTM technology to Silva who will build the facility to be ready during summer 2019. The demonstration plant will use woody residues as feedstock that are converted to renewable crude oil and, in turn, will be upgraded to renewable diesel, jet or marine fuel. The partnership will, according to Steeper and Silva, confirm engineering data and design protocols to de-risk future commercial scale facilities planned to be built by Silva and will be offered by Steeper globally to other biofuel project developers.

The HTC process in an efficient way of drying wet material. Therefore it is also a possible solution for sewage or fibre sludge problems as well as a way to generate renewable energy and extract phosphorous and heavy metals from the HTC coal. In Germany AVA GmbH has built an industrial scale HTC plant in Innovationspark Vorpommern in Murchin, Germany. The ribbon-cutting event took place in November last year. 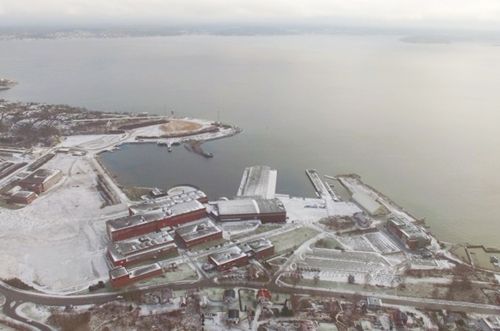 Tofte industrial area will soon be the place for an industrial scale demonstration plant for biofuels. Photo: Silva Green Fuel AS.
A hundred years ago, pioneer scientists developed the HTC and HTL concepts. Due to the availability and reasonably low-cost oil, and lack of knowledge regarding the oil's negative climate effects, these technologies never took off. Instead they have been the Sleeping Beauty for the last 100 years. However, times have changed, not due to a kiss from a prince but due to the necessity to find methods to utilise biomass to replace oil as raw material for chemicals, material and biofuels. These technologies might in the future be of commercial interest for the forest industry by reducing process costs and getting more value out of the wood raw material.