Rottneros Vallvik kraft pulp mill will get a lignin and a Lignol plant on site by 2021.

The Swedish pulp producer Rottneros, the fuel company Preem and the bioenergy development company RenFuel have signed an agreement to build a lignin plant at the Vallvik kraft mill.

The planned capacity is 25,000 - 30,000 tonnes of lignin which will be converted to Lignol in Vallvik and further refined to petrol and diesel by Preem. The lignin plant is scheduled for start-up during 2021.

Sweden has taken a very ambitious decision to reduce the transport sector's emissions with 70 % by 2030, compared to 2010. This means that renewable biofuels and electricity will have to cater for a large proportion of the transportation energy needed. One of the renewable energy sources will obviously be forest biomass. 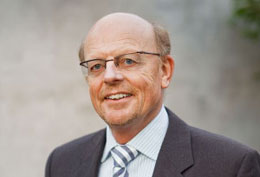 Sven Löchen, MD for RenFuelRenFuel was founded in 2012 as a spinoff company from a research team lead by Professor Joseph Samec at Uppsala University in Sweden. The company has developed and patented a catalytic process capable of converting lignin into Lignol, a catalytic lignin oil. Professor Joseph Samec, one of two founders of RenFuel, is a successful researcher within catalytic processes and has a background in the pharmaceutical industry. The other founder is Sven Löchen, MD for RenFuel, who has a background as IT entrepreneur.

The process details are not commonly known but it uses biological catalysts in a reactor without pressure and at a temperature below boiling point. It is said to be a very energy efficient process without any poisonous emissions or dangerous residual products. RenFuel has protected the process by 15 patent families and patents in more than 40 countries.

As black liquor has a high lignin content it is the obvious raw material source for the lignin used in the RenFuel process. The company has therefore made a couple of strategic agreements, first with Nordic Paper and now with Rottneros and Preem. In April 2016 RenFuel and Nordic Paper signed an agreement to build a production test facility in Bäckhammar pulp mill in order to produce an advanced biofuel based on lignin in pilot scale. It is built inside the Nordic Paper pulp mill in Bäckhammar, and was ready for production at the beginning of 2017. In Bäckhammar Nordic Paper produces 230,000 tonnes of unbleached pulp and 140,000 tonnes of kraft paper.

Based on successful trial runs in Bäckhammar, RenFuel and Rottneros signed an agreement in September 2017 to cooperate in developing methods to recover lignin from black liquor at Rottneros' kraft mill in Vallvik, Sweden. The mill has a capacity of 225,000 tonnes of bleached and unbleached kraft pulps.

In May this year an agreement was signed by RenFuel, Preem and Rottneros to build the world's first lignin plant at the Vallvik pulp mill. The lignin plant is planned to be ready during 2021 and have a production capacity of 25,000 - 30,000 tonnes of lignin. At the same site a plant for Lignol production will be built which will eliminate transport costs from lignin production to production of Lignol to be transported to a refinery. This is where the fuel company Preem comes into the picture. 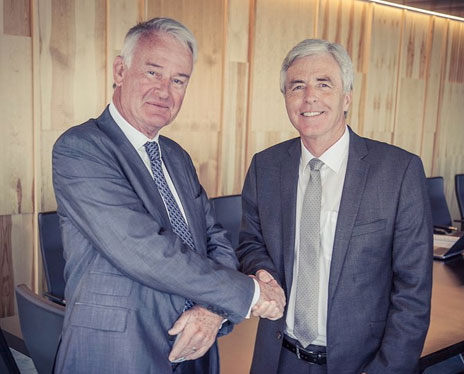 Dick Carrick, part-owner of RenFuel and Petter Holland MD for Preem when signing the agreement to build a lignin plant at Vallvik.

Preem has two oil refineries on the Swedish west coast and is the largest fuel company in Sweden, with a refining capacity of more than 18 million m³ of crude oil every year. It accounts for 80 percent of the Swedish and 30 percent of the Nordic refinery capacity. The company refines and sells gasoline, diesel, heating oil and renewable fuels in Sweden and abroad and has a nationwide service network with some 570 fuel stations for private and commercial traffic.

Since about ten years Preem is actively working to produce more renewable fuels for the transportation sector. It is e.g. one of five owners of the Swedish company Sunpine, producing crude tall diesel out of tall oil from kraft pulp mills. Preem buys the full production of crude tall diesel, refines it to green diesel and feeds it into their Preem Evolution Diesel products with ca. 50 percent renewable content. They can be used in all diesel engines and blended with all other diesel without any problems.

In the joint press release issued about the agreement in May, Petter Holland, MD at Preem, says: "Lignin can be refined to both renewable diesel and gasoline for usage in any kind of vehicles. Lignin will, as already tall oil, contribute to phasing out fossil fuels even more. It is a valuable raw material in our renewable fuels initiatives based on residual products from the Swedish forests and is available in large volumes."

In pulp mills, where the recovery boiler is a bottleneck, the RenFuel technology might offer a very interesting opportunity to increase pulp production without having to invest in a new recovery boiler. The lower proportion of black liquor that has to be burned, the more pulp can be produced with the same capacity of the existing recovery boiler. 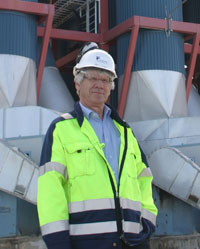 Ragnar Lundberg Technical Director at RottnerosRagnar Lundberg, Technical Director at Rottneros, comments: "Rottneros is very keen to contribute to an ever stronger Swedish bioeconomy in which the pulp industry is a key part. Apart from contributing to the shift of the transport sector, the RenFuel technology makes it possible to increase our pulp production by lowering the load of the recovery boiler."

RenFuel has in a very smart way made strategic alliances with partners along the value chain for transport fuels ending at the actual diesel or gas pump. In 2021 the full-scale plants for lignin and Lignol production is planned to be up and running which will generate big interest from many organizations active in finding economical and efficient ways of turning lignin into renewable fuels. RenFuel is interested in exporting the technology which might happen with a successful full-scale lignin-Lignol-biodiesel process proven by RenFuel, Rottneros and Preem.