In 2013 a newsprint mill in southern USA was losing suction in one of their suction couch rolls, specifically roll #5095.

They replaced it with spare roll #5094 and dismantled roll #5095. After pulling apart #5095 and looking at the suction box and sealing strips, it was found that a competitor's seal holders which had been welded had broken. This was a substantial reason for the lack of vacuum.

On further investigation, it was found that the inside of the suction box was full of pulp. There was no way for the vacuum to pull at the edges by the deckles.

Valmet recommended a modification of the suction roll internal design and replacement of the axial seal holders and seals. 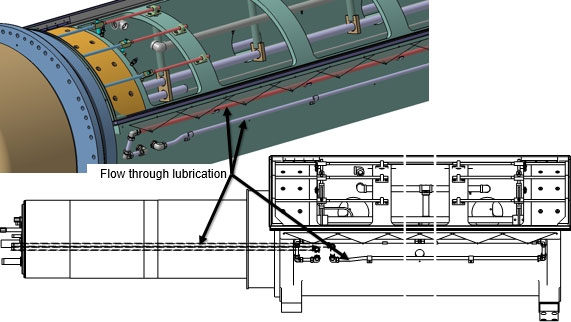 New flow through lubrication in Roll #5095

Three seal holders were installed of a fully formed design rather than welded, and equipped with Valmet sealing strips. The suction box and front journal end plate were machined to accept the modified internals.

The roll (Roll #5095) also underwent grinding and balancing and was then shipped back to the mill and kept as a spare until while Roll #5094 was still on the machine.

Jumping forward to February 2014, the mill swapped out roll #5094 for the rebuilt #5095 and sent #5094 into the Valmet shop for standard grinding and balancing. At that point they started running the rebuilt #5095 roll. 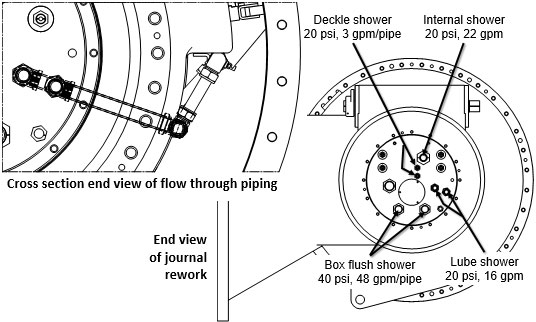 Flow through piping and journal rework

Immediately after installing #5095, the mill could see that the edges weren't fluttering and could keep vacuum through the width of the sheet. But there was no way of knowing for sure until the roll was pulled apart again.

In November 2016 Roll #5095 came into the Valmet roll shop again for cover repair. At this point it had run for about two-years - which is very good for a couch roll. 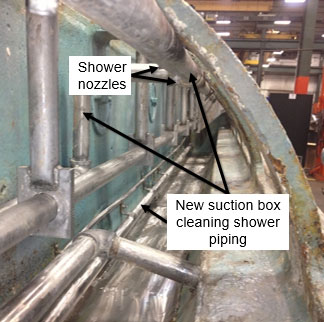 The results were quite good. There were a few areas that had a little buildup but nothing significant. Mill personnel were satisfied with how the suction box rebuild turned out. The paint held up satisfactorily and they were pleased with this as well. The Valmet Seal Strip Flex (FlexSeal) sealing strips with fully formed U-shape holder performed well with little wear.

The mill now plans to update the showers in another roll when it is removed from the machine, probably sometime in 2018. They will recommend changing the roll at 18 or 24 month intervals.