Irving Paper was forced to reduce operations by 50 percent yesterday and is not expecting to resume full operations until the end of the week at the earliest. The decision was taken as a result of NB Power electricity costs which are currently over four times higher than normal. 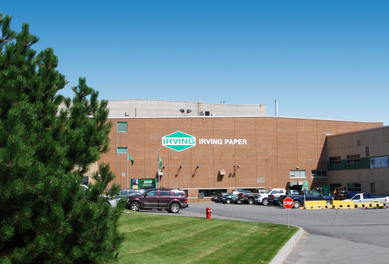 “The current high electricity costs have a massive impact on Irving Paper’s ability to compete. Due to the nature of the pulping process, electricity usage is intensive and unavoidable. That is why Irving Paper is the largest customer of NB Power and purchases over $60 million in electricity every year,” said Mark Mosher, Vice President of Pulp & Paper, J.D. Irving, Limited. “It is our understanding that these increases are the result of protracted maintenance issues experienced by NB Power and the need to import power to supplement the reduced generation capacity.”

Located at 435 Bayside Drive in Saint John, Irving Paper is a world class manufacturer of graphic paper for use in magazines, catalogs, newspapers and advertising flyers. It manufactures 410,000 tonnes of paper annually, over 95% of which is exported. It directly employs 310 people and supports over 300 suppliers in New Brunswick, with a total of $116.4 Million in purchases in 2020. It is also a major consumer of wood chips from New Brunswick sawmills which are supplied, in part, by local private woodlots and marketing boards.