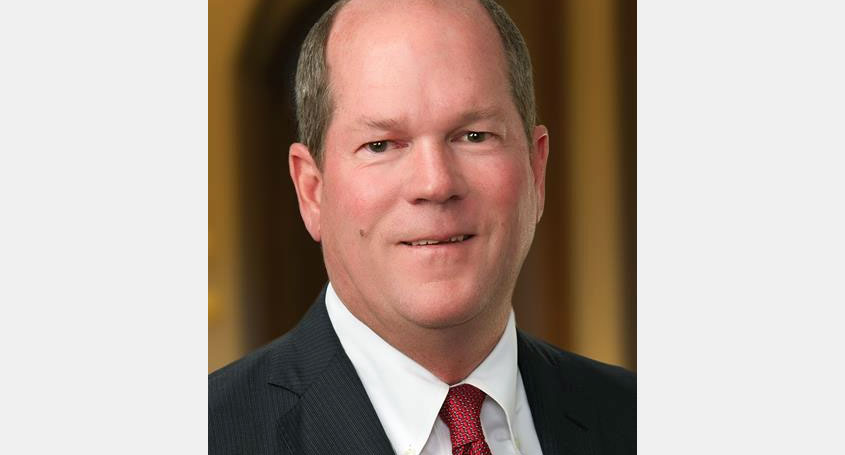 Coker, 57, succeeds Robert C. Tiede, 61, who has elected to retire from Sonoco after serving as president and CEO since April 2018. Coker has also been elected to the Company’s Board of Directors, replacing Tiede.

James M. Micali, Lead Independent Director of Sonoco’s Board, said, “Howard’s strong operating acumen, along with his passion for Sonoco, has played a significant role in the development of our global Industrial and Consumer businesses over his 35-year career. He has built an outstanding track record of growth and improved business performance and is an authentic leader, who is driven by Sonoco’s core values. He is well positioned to lead Sonoco into the next decade.”

“I’m honored by the confidence the Board has shown in me and embrace this opportunity,” Coker said. “I grew up in this company, so I am deeply connected to Sonoco, its culture and all the people who have helped build it into what it is today. I look forward to working with our strong leadership team, alongside our 23,000 associates globally, to build Sonoco into an even greater company to the benefit of our shareholders, our people and our communities.”

Tiede became Sonoco’s CEO in April 2018 after serving as executive vice president and chief operating officer from 2016, in addition to holding other senior leadership roles throughout his career with the organization.

Tiede said, “I have thoroughly enjoyed my career with Sonoco, from running several Consumer businesses to working on key acquisitions. I am proud to have been part of building the Company to where it is today. I want to wish the entire Sonoco team, and especially Howard, all the success in the future.”

Micali added, “We are grateful to Rob for his many contributions to Sonoco over his 20-year career and wish him all the best in retirement.”

Sonoco expects fourth-quarter 2019 sales to be approximately $1.3 billion and GAAP net income attributable to Sonoco to be between $0.43 and $0.45 per diluted share. 2019 fourth-quarter results are expected to include net after-tax charges of approximately $0.31 per diluted share related to asset impairments, restructuring actions, non-operating pension costs and acquisition-related expenses. Sonoco previously provided GAAP earnings guidance of $0.54 to $0.64 per diluted share, which did not fully anticipate the final amount of restructuring and acquisition-related costs as well as certain non-cash asset impairment charges incurred in the fourth quarter.

Base earnings and base earnings per diluted share are non-GAAP financial measures adjusted to remove restructuring-related items, asset impairment charges, acquisition expenses, certain income tax-related events, non-operating pension costs and other items, if any, the exclusion of which the Company believes improves comparability and analysis of the ongoing operating performance of the business.

Sonoco will release its fourth-quarter and full-year 2019 financial results before the market opens on Thursday, February 13, 2020. A conference call and webcast will be held to further discuss its results beginning at 11 a.m. ET. The live conference call and a corresponding presentation can be accessed via the internet at www.sonoco.com under the Investor Relations section, or at http://investor.sonoco.com. A telephonic replay of the call will be available starting at 2 p.m. ET, to U.S. callers at 855-859-2056 and international callers at +404-537-3406. The replay passcode for both U.S. and international calls is 3088504. The archived call will be available through February 23, 2020.

Coker joined Sonoco in 1985 and has held a number of senior leadership positions in businesses serving consumer and industrial markets. Prior to being elected president and CEO, he was senior vice president, Global Paper/Industrial Converted Products, where he led all of Sonoco’s Industrialrelated business, including Industrial Europe/Australia/New Zealand; Tubes and Cores, U.S. and Canada; Paper/Adhesives, U.S. and Canada; Sonoco Recycling; Conitex/Asia; Reels; and Industrial Latin America and Brazil. He previously served as senior vice president, Rigid Paper Containers and Paper/Engineered Carriers International, where he had responsibility for the Company’s global paperboard can operations in North America, South America, Europe and Asia, as well as paper, tube and core operations in Europe, Latin America and Australasia. He also served as group vice president, Global Rigid Paper and Closures and  Paper/Industrial Converted Products, EMEA, Asia, Australia and New Zealand; group vice president, Global Rigid Paper and Plastics; vice president, Rigid Paper and Closures; and vice president and general manager, Rigid Paper andClosures. Coker is a 1985 graduate of Wofford College with a BA in business administration and received an MBA from Wake Forest University in 1990. He is married, has three children and resides in Hartsville, S.C.

Founded in 1899, Sonoco (NYSE: SON) is a global provider of a variety of consumer packaging, industrial products, protective packaging, and displays and packaging supply chain services. With annualized net sales of approximately  $5.4 billion, the Company has 23,000 employees working in approximately 300 operations in 36 countries, serving some of the world’s best known brands in some 85 nations. Sonoco is committed to creating sustainable products, services and programs for our customers, employees and communities that support our corporate purpose of Better Packaging. Better Life. The Company ranked first in the Packaging sector on Fortune’s World’s Most Admired Companies for 2020 as well as Barron’s 100 Most Sustainable Companies. For more information, visit www.sonoco.com.