SCP, to be used as a protein ingredient in fish feed produced from pulp mills’ residual streams.

The world population is growing and there is an increasing need to feed more of us, already now critical in many areas. Could this be a business opportunity for the pulp industry?

The increasing population is putting an ever-harder pressure on the earth’s resources on land and at sea. The available farming area for production of vegetables, fruit and other herbal products is limited and is competing with e.g. cultivation of cotton. Although the seas cover about 70 % of the earth, their resources in terms of fish and shellfish are limited and at the same time under pressure from comprehensive and efficient fishing.

As with very big problems, there are not always one single solution to combat them. To cope with the food shortage a couple of ways are to eat more vegetarian food produced in an efficient and sustainable way and to produce fish more extensively at sea and on land. Sea-based aquaculture is good but contributes in some degree to eutrophication, and even more so when aquaculture takes place in lakes. Land-based aquaculture can avoid this problem if the water is cleaned and the residuals are taken care of in a sustainable way. 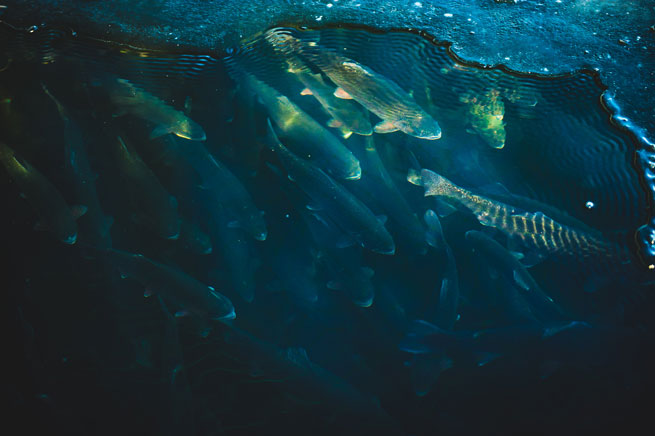 Aquaculture will be increasingly important for the future.

One example of how aquaculture can be done on land as a more circular business is the fish and tomato aquaponic “Pekkas tomater” in the Swedish town Härnösand. The production unit consists of a big greenhouse, where the tomato plants grow and are pollinated by bumblebees, connected with a fish basin with rainbow trout. The nutritious water from the fish basin is fed to a gravel bed with tomato plants in the greenhouse. There, the nutrients are taken up by the tomato plants at the same time as the gravel bed purifies the water. Then the purified water is oxygenated before it is returned to the fish basin. The only part left to achieve a totally sustainable solution is an available fish feed which is not based on fishmeal and soy.

Another example is the Swedish company “Premium Svensk Lax”. They have recently received the environmental permits to build a giant salmon aquaculture nearby the town of Säffle, a town which also hosts Nordic Paper’s integrated sulphite and greaseproof paper mill. The investment is on the billion SEK level and the aquaculture plant will cover 58,000 m2. The groundwork starts this year and in 2024 it will be ready for full-scale production, which corresponds to about twenty percent of the Swedish salmon consumption. An interesting opportunity for non-fish-based fish feed! 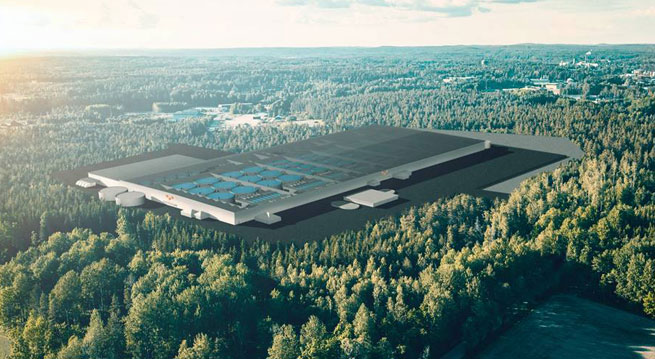 Whether fish breeding is done on land or at sea there is still one remaining issue to be solved, i.e. the fish feed commonly consisting of fish caught just to be feed for other fish in fish aquaculture plants. So how can this situation be solved and where does the pulp industry come into the picture?

Already in 2011 RISE Processum, a subsidiary of RISE, Research Institutes of Sweden, started laboratory scale trials in order to develop a method to manufacture Single Cell Protein, SCP, to be used as a protein ingredient in fish feed produced from pulp mills’ residual streams.

“SCP can be a sustainable substitute for fishmeal and soy protein in fish feed for aquaculture and hence make it possible to ease the burden on sea resources and rain forest lands,” says Björn Alriksson, Head of Biotechnology at RISE Processum and responsible for the SCP development. “Pulp mills have some interesting residual side streams, both liquors and forest residues. The carbohydrate content of these streams can be used for production of protein-rich microorganisms (SCP) in large bioreactors.'' 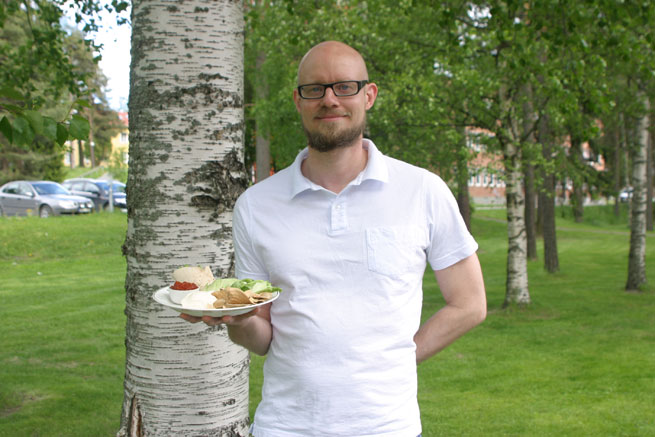 “SCP can be a sustainable substitute for fishmeal and soy protein in fish feed for aquaculture,” says Björn Alriksson.

The researchers have taken the concept all the way from laboratory to pilot to demonstration scale. This year they performed a successful run, using forest residues, in the Swedish Biorefinery Demo plant i.e. on a near industrial scale.

“It is important to stress that RISE Processum has not done the research and development work on its own,” Björn Alriksson continuous. “It has been a process over a number of years involving companies along the whole value chain as well as institutes and universities in both Sweden and in other countries. As we want to commercialise the process and make a real difference for a sustainable aquaculture industry, it has been important to involve industrial partners. Forest industry companies have been involved from the start and later producers of fish feed were involved as well. At the end of the day, they are the ones to produce and deliver the final fish feed product.”

The development of SCP for fish feed was in 2017 recognised with a PPI Award in the category Innovation in Cellulosic Applications.

Recent year’s changes in attitudes, habits, environmental consciousness, and a growing world population have changed the global pulp and paper industry’s working environment for ever. Pulp, paper and board have, until a couple of decades ago, been our industry’s products since rags were the raw material and paper was made by hand. They are still the core business but new products and business opportunities like biofuels, chemicals and materials are on the rise. But a coming product area with interesting potential could well be Single Cell Protein for fish feed, utilising and increasing the value of residual streams. Sustainability is increasingly important for consumers and it is now a matter of who will make the first investment in full scale SCP production and get the first mover advantage.