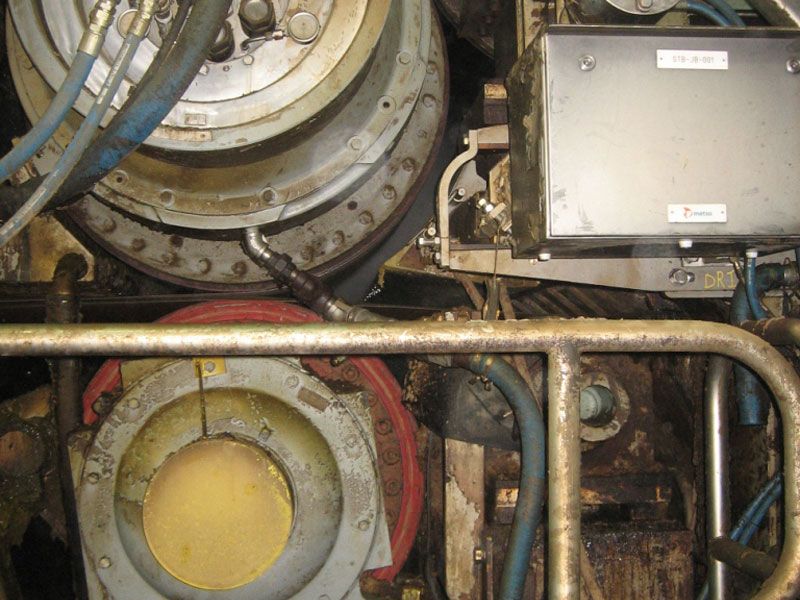 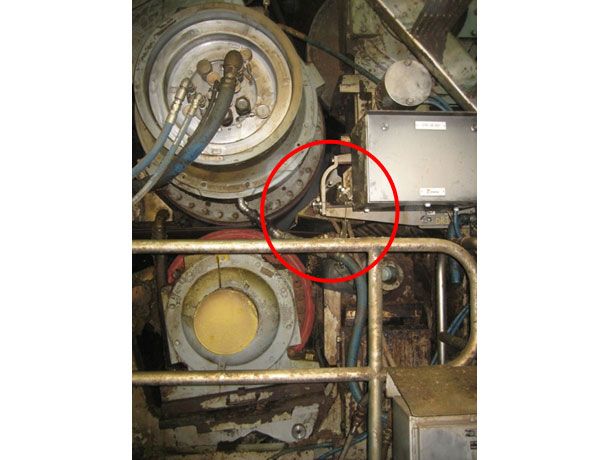 A Metso steam profiler (circled) is located on the suction roll of a containerboard machine triple-nip press. Notice that there is no steam leakage with this modern, more efficient unit.

Industry standards for containerboard grades are more stringent nowadays with new, faster converting equipment. As a result, excellent CD moisture profiles are crucial for containerboards which may suffer from twist-warp related to fiber orientation and moisture non-uniformity and for kraft papers, some of which may be slit to very narrow widths. Point-to-point sheet strength and stability may change considerably with poor profiles. Modern steam profilers are providing that needed uniformity, often replacing older less-efficient steamboxes that may date back 20 years or more.

Making industry standard quality may be a matter of necessity in a tough marketplace, but it is just as important to justify a capital expenditure by hard bottom-line results. Put simply, managers who make investments must see a return. It's therefore a win-win situation if the quality benefits can be gained along with a solid ROI that pays for the cash outlay. Since steam profilers produce a drier sheet through extra dewatering in the press section, the benefits include energy savings in the cylinder dryer section or productivity increases. Two examples show this ideal situation is possible with a new-generation steam profiler.

A European linerboard producer installed a new steam profiler along with a new QCS with higher resolution CD measurements, allowing for more precise control. Instead of the previous steambox location on the forming table near the couch, the new profiler is positioned on the suction roll of a bi-nip press. At this point the sheet temperature increase provided by the condensing steam is carried through the bi-nip press and through a shoe press which was previously installed. As pressing theory explains, the increased water temperature in the sheet reduces its viscosity and therefore improves the dewatering capability of the presses. Dewatering at this new location is better since the heat energy is retained in the sheet and does its work immediately in the press nip. Also, there is there is less water to heat at the press suction roll, as compared to the couch. As a result, the potential temperature rise is greater.

Figure 1 shows the sheet temperature was raised by 52 degrees across the suction roll, and that carried through to a 24 degree increase from the pickup location to before the shoe press nip. The mill estimates the dryness increase is between 1 and 1.5%, and that is a considerable accomplishment since previous dryness levels after the shoe press were already 52 to 54%. That dryness increase was confirmed by the immediate reduction in dryer section pressure. An increase of reel moisture by 0.5 to 1.0% also contributed to a lower dryer pressure.

The machine speed could be increased by 30 m/min, resulting in a 4% average increase in production rate and a corresponding cost per tonne saving in drying energy. The CD moisture profiles have been improved by over 60%, thereby enhancing the converting performance of the mill's product.

Figure 1: On a linerboard machine the sheet temperature was raised by 19 degrees from the pickup location to after the shoe press nip. The mill estimates the dryness increase is between 1 and 1.5%. The steam profiler on the bi-nip suction roll is shown in orange.

Quality and productivity; an ideal pair

In a similar QCS upgrade project, a North American kraft specialty and containerboard producer installed a new steam profiler to replace an inefficient unit on the suction roll of a triple-nip press of a multi-grade machine. The suction through the felt provides good sheet penetration, promotes an optimum condensing rate in the sheet and therefore a significant rise in sheet temperature. Figure 2 shows the sheet temperature rise immediately after the profiler and the carry-through effect after the second nip. The sheet temperature rises by 12 degrees C to over 40 degrees C, indicating the high range of profiling capability. 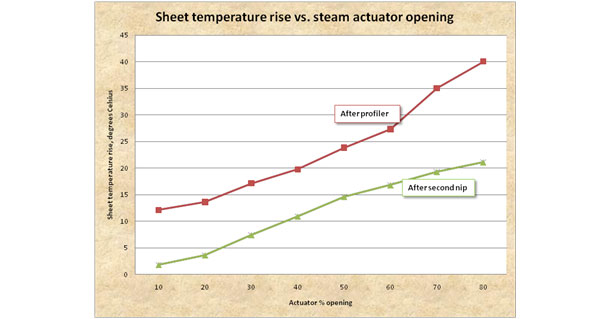 Figure 2: Depending on the actuator opening, the steam profiler raised the sheet temperature from 12 degrees C to 40 degrees C, promoting good sheet dewatering and profile control.

The multi-variable CD control implemented in the new QCS has resulted in a dramatic improvement in CD moisture profiles. Statistics in Figure3 indicate that, over a two-month period, 2-sigma variability averaged below 0.5%, and that is a significant improvement from before-control numbers. The precise control by the steam profiler has allowed the mill to to turn off the previously-installed water spray moisture profiling system, thus avoiding the energy required to remove the extra water.

Figure 3: The 2-sigma CD moisture variability averaged below 0.5% over a two-month period.

New steam profilers condense steam more completely and transfer its latent heat to the sheet. This improved efficiency is visibly evident by the lack of steam spillage into the machine room at this and other mills. With the previous steambox a lot of the steam escaped; now, it's hard to know if the new one is on, as reported by a machine tender. The operators say this makes life a lot easier while threading the sheet through the press section on a hot summer day.

Altogether, the improved control and extra dryness from the press has made a major difference in machine productivity as well as quality. Better CD weight profiles and MD control with the new high-resolution QCS also contributed to the stability. With better profiles the average moisture level has been raised and the product meets today's industry standards on all levels. To complement that quality result, the production rate of the benchmark corrugating medium grade has been increased by more than 10%.

Uniform quality has been achieved with higher productivity at these two mills; that's an ideal pairing.

Photos and data courtesy of Metso.