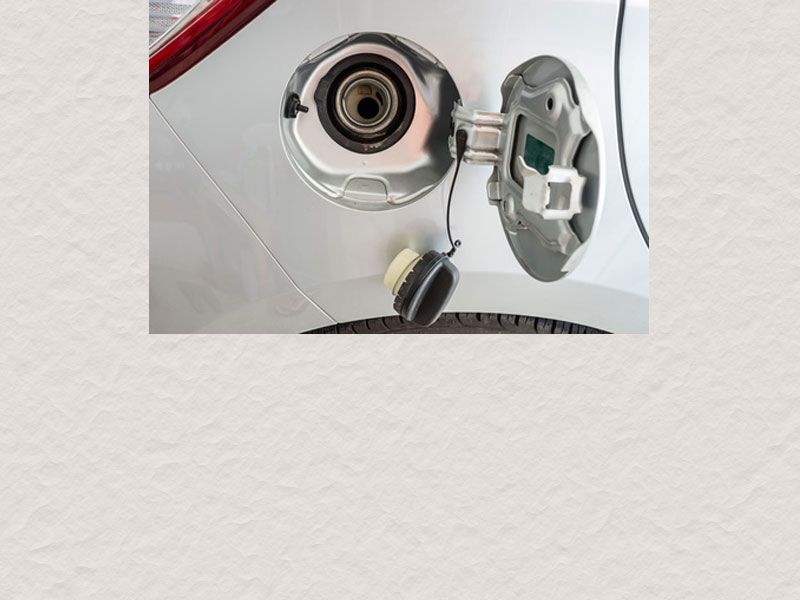 If you've had any exposure to Lean Manufacturing, you'll be familiar with the term Poka Yoke, invented by lean guru Shigeo Shingo in the 1960s.

It means mistake-proofing. It was first used in the automobile industry, and because of it, here are some things that rarely happen any more:

1) leaving your car's gas cap behind at a service station after a fill-up (because it's now attached to the car);
2) struggling with which way up to put the car key in the ignition slot (because it's now designed to go in either way);
3) driving an unfamiliar car (such as a rental car) to the wrong side of the gas pump (because there is now a symbol printed next to the fuel gage:

But you may have noticed that in the third example, it's still possible to make a mistake if you don't look for the symbol. The first two examples are truly mistake-proof – the new design has eliminated the mistake. The third is an example of visual control.

Making things mistake-proof can be part of any process, at work or at home. An example is using lockout/tagout procedures – equipment can't be started up unless the lock is removed or the procedure on the tag is followed before removing the tag.

Visual control is more often used for streamlining decision-making, allowing quick recognition of status or easy sorting. An example of visual control is a traffic light at an intersection. By itself it doesn't stop collisions from happening – that would take a different type of poka yoke, such as a clover-leaf junction (which is a much more expensive solution that uses a lot more space). But as long as the drivers follow the red-yellow-green signals conveyed by the traffic light, everybody gets where they're going safely. And this colour scheme is so universally known, it's applied in many other visual signals.

If you're redesigning a process to make it more efficient or problem-free, or to improve
product quality, which in Lean Manufacturing is often called a Kaizen process, part of the objective is to understand the current process and identify steps that don't add value. In designing a new process, visual control is a useful tool to maintain the new process in place, because it becomes much easier with visual control.

In one Kaizen exercise I participated in, we had a problem with a deinking flotation cell that gave unpredictable results. When the plant was built, somebody made the decision, for safety reasons, to put a metal lid on top of the cell. To analyze the source of the problem, we removed the lid and installed a camera. Very quickly, we were able to correlate fluctuations in pulp brightness with the foam removal behaviour at the top of the cell. We convinced mill management that having visual control of the process was important enough to redesign how they dealt with safety – which was accomplished by building a railing around the cell instead of the previous lid.

So the next time you're designing a new process, think about how you can eliminate mistakes and make it flow easily by using a Poka yoke!