With a watchful eye, the operator studied the 14-roll set on the No. 5 winder. Something was wrong. By the way they were running, the rolls were either stuck together or interwoven. This could mean good news or bad news.

If stuck, the operator knew the rolls were salvageable – he'd just have to pry them apart with a hammer and a wedge. If they were interwoven, well, it meant two things: 1) the entire set would be sent to broke, and 2) an ornery production supervisor would soon be visiting the winder area.

As the cradle lifted and ejected, the disappointing truth rolled slowly out in the form of one complete roll – interweaving.

For almost a year, this problem had been rearing its ugly head monthly, and usually when running a set of 14 or more rolls. Coupled with the interweaving, No. 5 also experienced wrinkling on the drive side of the web. The two problems added up to lost dollars and declining production output.

Why were No. 5's sets coming off stuck or interwoven, and why did it only happen when running sets exceeding 14 rolls? What caused the consistent wrinkling?

Enough was enough. The mill called in a winding process expert from the winder manufacturer. He set out to analyze the application and document the interweaving and wrinkling problems. Funds were not available to upgrade this winder, so operational and process adjustments were the main focus.

A gap test was performed on the interwoven rolls, uncovering a roll structure problem. Rolls were too hard on the outside and too soft on the inside. The front drum torque program was changed to improve roll structure around the core.

New brake and re-tuning for tension

The wound-in tension level indicated a lower than normal web tension for the grade. A new brake needed to be installed and the brake system re-tuned to provide higher levels of unwind tension. (On this particular winder, the tension system was a hybrid of a programmable friction brake and a controlling regenerative drive.)

However, the wrinkling persisted, suggesting a gross misalignment in several machine components. The service engineer recommended that the mill align and level the slitter section and PosZ Spreader in both vertical and horizontal planes. Also, it was recommended that the drums and rider roll be re-aligned.

The service engineer then rotated the spreader bar from 30 degrees to 40 degrees, but when tested, it had no apparent effect.

Next, the field service winding expert suspected that the No. 1 and No. 2 pressure indications on the PosZ Spreader were not proportional to the bows' actual height. Measurements at maximum equal operating pressure indeed showed a quarter-inch differential.

The brake installation and the machine alignment were completed.

In order to test the spreading and the effect of higher web tension, the mill ran an 18-roll test set.

The spreader bars were set to an operational pressure level of 3000 psi. After the first run, four of the slit separations were barely visible.

Fine-tuning the tension control and brake programming, as well as increasing pressure on the No. 1 spreader bar to 4200 psi, brought instant results. Increasing the pressure had matched the bows more closely.

Upgrading or rebuilding the winder to current technology would have worked. But for this mill, cost-effective use of winder OEM field service expertise worked best.

For the most complete and accurate information on winder optimization, regardless of the age of your winding equipment, contact your Valmet representative. 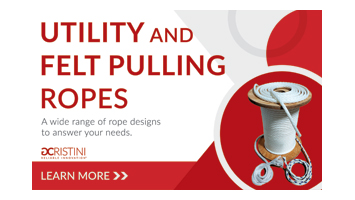