At the opening, Georg Andrén and Dag Rogne were given the symbolic task of "cutting the plastic". Also in the picture are site manager Isabel Malone and CEO Lars Sandberg.

A stunning 6.5 billion plastic caps are consumed around the world, every day. Blue Ocean Closures aims to reduce that number by providing screw caps and seals based on cellulose fibre. The company’s first production plant in Sweden was opened on 24 November.

Blue Ocean Closures, a member of the Paper Province business cluster, recently started its first production unit, developing ground-breaking screw-cap solutions that can make a big difference on a global level. The plant is located in Säffle, a town in the densely forested region of Värmland, in western Sweden.

Based on cellulose fibre, the biodegradable and recyclable screw-on caps and lids target a huge market, since players around the world look for renewable packaging options. Around the world, 6.5 billion plastic caps and seals are used and discarded every day. That corresponds to 2,500 billion a year!

“The world strives, and we strive, to reduce the amount of plastic, because it’s a real problem. Plastic caps and bottle tops are one of the most common types of waste washed up on our beaches,” says CEO and founder Lars Sandberg. 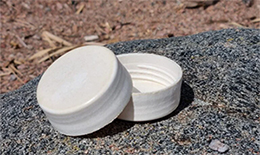 Production was started last summer, and every day the company achieves new promising results, getting closer to the goal of replacing fossil-based plastics with renewable materials. That was the message of the opening speech on 24 November, when around fifty people gathered to celebrate the company’s milestone.

“Just three days after we received the machine, production was underway. It hadn’t been possible without the great local support we received here in Säffle. Not least from the companies around us – they’ve been tremendously helpful,” says site manager Isabel Malone.
“Säffle has a strong tradition of entrepreneurship and paper industry, so it’s a perfect place for us to run the business, developing and finding qualified staff as we grow,” Isabel continues.

There are already plans to expand further with more employees, increased space and more machines to be able to meet the great demand.

“I feel privileged to be here today. A year ago, this was just an idea on a piece of paper. Since then, we’ve secured important financial backers and customers, and started production. Still, the production line we see here today is only a small part of the outcome. The most significant components are the product development and the team. They’re the real source of our success and value,” Lars Sandberg concludes. 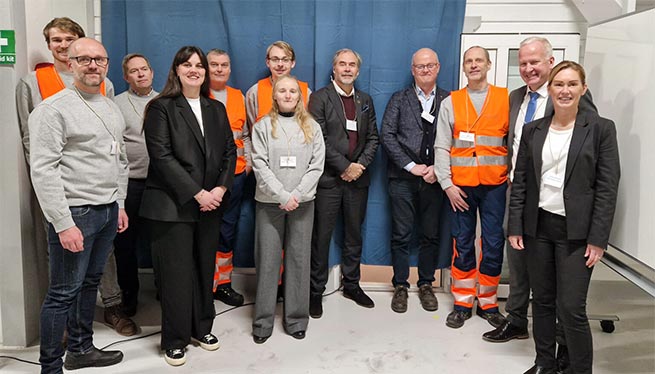 The Blue Ocean Closures team together with the governor of Värmland County, Georg Anfrén, and the chairman of the municipal board in Säffle, Dag Rogne.