SCA Obbola is building the biggest kraftliner machine in the world. Photo: SCA.

Seven European producers of kraftliner and testliner are investing heavily to supply the corrugating industry.

Based on the Nordic forests, SCA Obbola in Sweden and Stora Enso Oulu are building new capacities for kraftliner products whereas four German manufacturers and one Italian is investing in production of recycle based testliner and fluting. Since 2018 and over the next few years about 725,000 tonnes of kraftliner and about 3.2 million tonnes of testliner and fluting will gradually reach the market.

SCA Obbola in northern Sweden is halfway through a project which will result in the erection of the world’s biggest kraftliner machine with a capacity of 725,000 tonnes and closure of the existing forty-year-old 450,000 tonnes kraftliner machine. It is a four-year project ending in 2023 and in addition to the new kraftliner machine and its building also contains e.g. a new lime kiln and an OCC plant. PM2 will start operations in the first quarter of 2023 and is expected to have a three-year ramp-up period until full capacity in 2026. The whole investment, including necessary reinvestments in Obbola, is 7.5 billion SEK and the net capacity increase will be 275,000 tonnes of brown kraftliner. 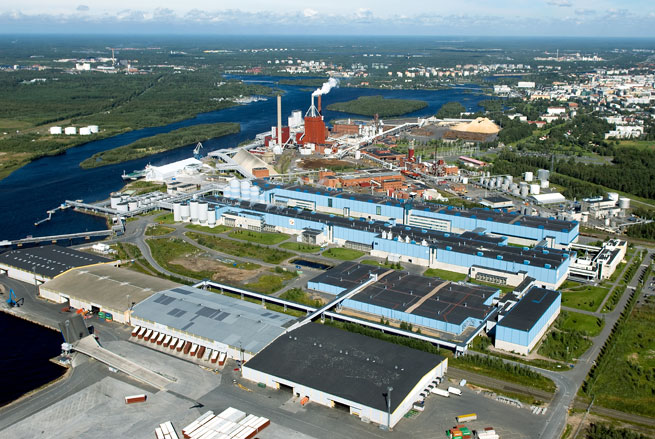 In 2015 Stora Enso converted the paper machine in Varkaus, Finland, from woodfree uncoated to kraftliner and white top. The investment was 110 million EUR and the capacity is 390,000 tonnes. The next step was taken when Stora Enso 2019 announced to cease production of coated woodfree in Oulu, close one paper machine and convert the other to production of kraftliner and white top. The effect is that 1.08 million tonnes of coated woodfree has left the market, temporarily lightening the burden for remaining producers. The converted 9 m wide paper machine will start at the end of this year or beginning of next and will have a capacity of 450,000 tonnes of kraftliner and white top liner. The whole investment is about 350 million EUR and the planned ramp-up period is four years.

Germany seems to be the hot spot in Europe when it comes to investments in brown and white testliner and fluting capacity. LEIPA Georg Leinfelder, Papierfabrik Palm, Hamburger Containerboard and Progroup, all family-owned, are aggressively investing in increased production. In 2016 LEIPA Georg Leinfelder bought UPM’s mill in Schwedt to convert it from newsprint to production of testliner. A 9.2 m wide newsprint machine was rebuilt by Valmet and taken into operation in 2018 for production of coated and uncoated testliner. The mill has now two testliner machines with a capacity of 700,000 tonnes. 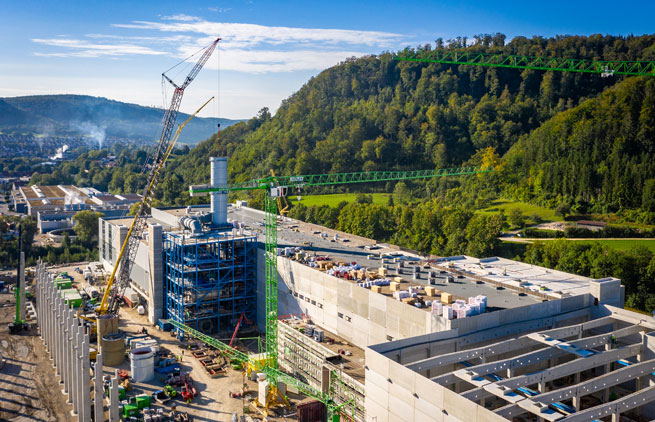 Papierfabrik Palm, with roots going back to 1872 when August Palm started papermaking on a second-hand paper machine, is today with five paper mills and 28 corrugated board plants a big actor. Their biggest paper mill so far is in Würth where one 10.3 m wide testliner machine has a capacity of 650,000 tonnes. However, since last year a three-year project in their paper mill in Aalen Neukochen is going on in which three older paper machines will be replaced by one 750,000 tonnes and 11.7 m wide testliner machine. Once the older machines are closed and the new one is up and running the mill’s net capacity increase will be 370,000 tonnes. The whole investment is 500 million EUR and the start-up will be during 2022.

Hamburger Rieger, part of the Austrian Prinzhorn Group, has recently taken a new paper machine in their Spremberg mill into operation for production of white and brown testliner. The PM2 is 7.8 m wide and has a capacity of 500,000 tonnes. Like with the Papierfabrik Palm project, Valmet has delivered the paper machine and Voith the stock preparation lines. The investment cost is 370 million EUR and the mill now has a total capacity of 850,000 tonnes brown and white testliner. 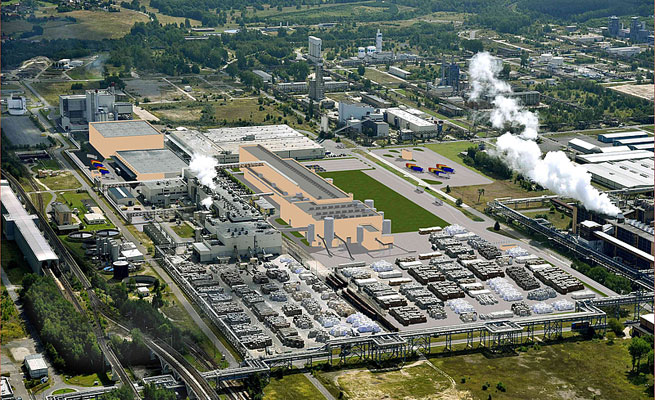 Hamburger Rieger has recently taken a new paper machine in their Spremberg mill into operation for production of white and brown testliner. Photo: Hamburger Rieger.

Progroup is a fairly new and fast-growing producer of testliner, fluting and corrugated board. The group took its third paper mill into operation last August. The mill, located in Sandersdorf-Brehna, has a 9.2 m wide testliner machine supplied by Voith with a capacity of 750,000 tonnes as a result of the 465 million EUR investment. Progoup’s total paper capacity is therefore 1.85 million tonnes of testliner and fluting. 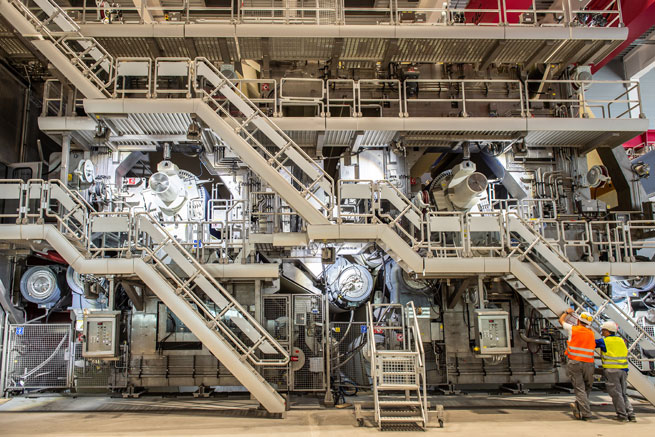 Progroup took its third paper mill into operation last August and has now a total capacity of 1.85 million tonnes of testliner and fluting.

Although it is already running for two years it is also worth mentioning that International Paper in 2016 bought Holmen’s Spanish newsprint mill Papelera Peninsular. The mill has one 9.65 m wide paper machine which in 2018 was converted to testliner and fluting. Its capacity is 400.000 tonnes of these products.

It seems quite clear that there is strong determination and capital available to invest in liner and fluting, not least based on recycled packaging papers but also based on Nordic virgin fibres. With the risk of missing a project an estimate of total investments from 2018 to 2023 would be in the region of three billion EUR. Here one can really talk about belief in the future!