Norske Skog Golbey is the only French producer of newsprint. Photo: Norske Skog.

In 2020 the French paper industry produced 6.87 million tonnes of paper and board. Like in other big European countries the main raw material source is recycled fibre.

Still there are quite a few relatively small mills, mainly in different niches, out of which a few are “one mill companies”. In terms of number of mills, Ahlstrom-Munksjö and Essity are the biggest French paper industry companies. “Bon, regardons l'industrie papetière française”.

Every year COPACEL, Union Française des Industries des Cartons, Papiers et Celluloses, publishes a report from which the latest annual figures are fetched. During 2019 there were 74 companies running 84 mills with a total of 128 paper and board machines. The mills had 11,000 employees and the total turnover was around 5 billion EUR. 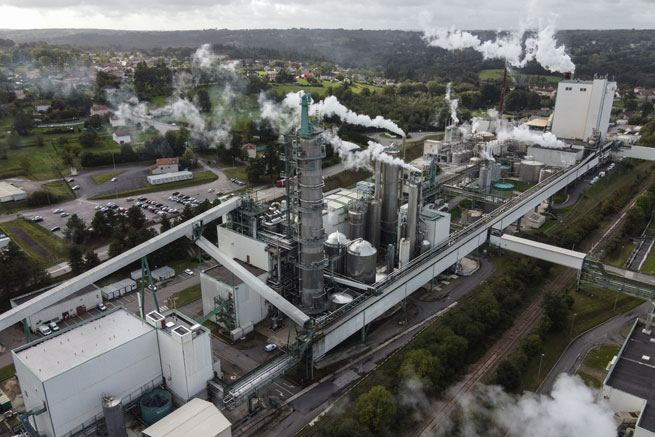 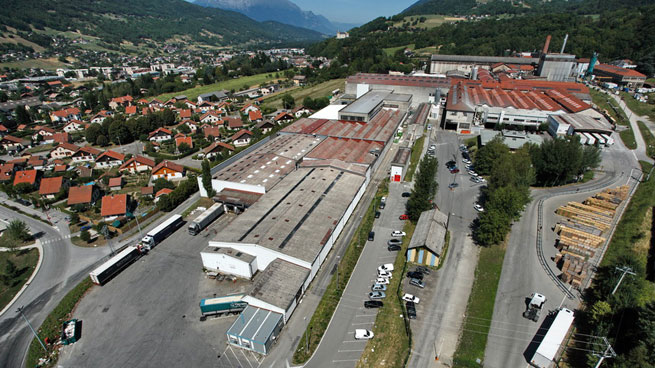 During 2019 the industry used 2.5 million tonnes of pulp, out of which 1.7 million tonnes were imported: 95% bleached short and long fibre pulps and the remainder mechanical pulps. The main pulp exporting region to France is Latin America followed by the Nordic countries and North America. However, the main raw material is recycled fibre, and during 2019 5.2 million tonnes were used in paper and board production. Due to a big population and an efficient collection system France is a net exporter of collected wastepaper with main receiving markets being Spain, Germany and Asia.

French pulp production is limited to eight mills, out of which five are integrated with paper or board production. The newsprint mill Norske Skog Golbey and the La Rochette folding boxboard mill produce TMP pulp for their own needs. Sulphate pulps are produced by Gascogne Papier, IP Celimo and Smurfit Kappa Cellulose de Pin as well as the Fibre Excellence mills in Saint Gaudens and Tarascon. The Tartas mill, previously owned by Tembec and now a part of Rayonier Advanced Materials, is a sulphite mill producing high viscosity dissolving celluloses, cellulose ethers and nitro cellulose.

The French industry for luxury items is renowned for global brands of items like perfumes, wines, spirits, chocolate and not least fashion clothing. One would therefore expect that the French board industry would be a big supplier of premium packaging material for luxury items. However, out of an annual board production of about 650,000 tonnes, 450,000 tonnes are exported at the same time as the import of board is on the level of 720,000 tonnes. The French board consumption is therefore not far from one million tonnes.

The biggest French board product is coreboard, where three manufacturers have a combined capacity of 270,000 tonnes, all based on recycled fibre. Worth mentioning is that the Mayr Melnhof Blendecques mill is the biggest WLC producer with a capacity of 110,000 tonnes.

To underpin the luxury image of a product, the packaging material is normally based on virgin fibre and the only board producer with own virgin fibre is La Rochette with a capacity of 165,000 tonnes of folding boxboard. In addition, there are a couple of smaller board producers using virgin fibre. One might suspect that SBB, SBS and FBB make up a big proportion of the board import and is used by companies producing luxury items of different kinds. 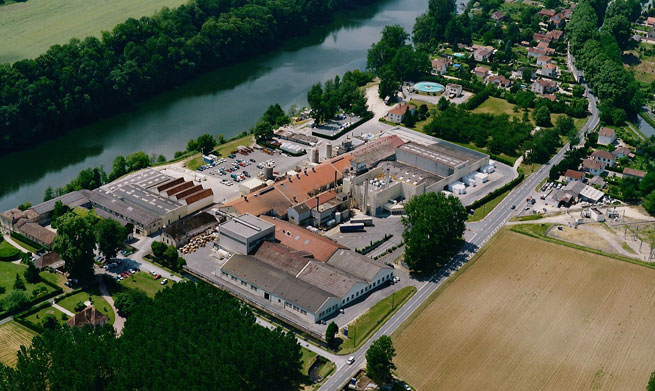 In 2020 liner and fluting was more than 80 % of all packaging papers and board produced in France and 52 % of the whole French paper production. Except for Smurfit Kappa Cellulose de Pin, which produces kraftliner, all other mills use recycled paper as raw material. The five biggest players producing papers for corrugated board are all foreign-owned, i.e., Smurfit Kappa, Saica Paper, Blue Paper, DS Smith and Papierfabrik Palm.

In the hygiene sector there is an even more pronounced situation with foreign owners. More than 90 % of the capacity is in foreign hands with the biggest one being Swedish Essity with a total capacity of 315,00 tonnes in France followed by the Italian three-leaf clover Sofidel, ICT and Lucart, the German WEPA and Kimberly-Clark. Last year the production was 832,000 tonnes of hygiene papers and out of that only about 70,000 tonnes were produced by French-owned companies.

Like in other countries the French graphical paper mills have had a tough ride, in particular the ones producing standard grades. Unlike the just mentioned product areas where foreign companies have strengthened their presence, foreign owners have in this area reduced their presence by closing paper machines as well as closing or selling mills. Some examples are UPM, M-real, International Paper and Lecta. Still there are quite a few French paper mills producing a wide range of coated, uncoated and coloured graphical papers, out of which some very special papers sold globally. The biggest mills are Saillat with a capacity of 260,000 tonnes mainly white and coloured uncoated office papers, Condat with a capacity of 220,000 tonnes coated papers and Etival with a capacity of 170,000 tonnes of upmarket uncoated printing and writing papers.

In France, like in other countries with a long tradition of papermaking located close to big markets, many mills have been able to survive by focussing on niche markets which are out of reach for big mills. Some examples are the following mills:

Papeteries des Vosges with a capacity of about 50,000 tonnes is specialised in producing papers for leaflets to medical packaging. Papeterie Zuber Rieder produces white and coloured papers for premium applications like labels, packaging for luxury items, archive board as well as for exclusive communication papers. Les Papeteries de Vizille produces specialty papers and boards for printed matters, packaging and security applications. Papeteries de Montségur is one of the smallest French paper mills and specialised in thin white and coloured silk papers, which it has been producing since 1840.

Measured as number of paper mills, Ahlstrom-Munksjö is the biggest producer in France. All together it has nine mills, all of them focusing on different special segments. In addition, the company also has two R&D centres in France. Ahlstrom-Munksjö has five business segments: Decor, Filtration & Performance, Advanced, Industrial and Food Packaging & Technical. In all of them it is the leading or among the leading producers globally. In 2019 its French mills produced almost 290,000 tonnes in total. Examples of papers produced by Ahlstrom-Munksjö mills in France are uncoated and coated papers for flexible packaging, release liners, parchment papers, tape backings, papers for medical applications, décor papers, abrasive backings and non-woven material.

The French paper industry has a long history and some mills have been around for hundreds of years. Unlike e.g. the Nordic countries having big pulp mills which are able to utilise sizeable side streams for biorefinery products, the French pulp and paper industry has a different situation and has to work to develop products within existing value chains with good growth and/or high added value.