The European forests and ways of forestry are now hot topics as the European Union Commission have launched proposals that would create substantial problems for forest owners and forest industry, not least in the Nordic countries.

The main thinking behind this is the idea that European forests are seen more as a carbon sink than as a raw material source for products that can replace fossil ones, and in many applications store carbon dioxide.

The EU Treaty defines what is the competence of the Commission and what is national competence. One can see the distribution of skills as a thick rubber band that can be stretched if one puts political power behind it, which many feel the current Commission is doing to achieve the climate goals. There are no disagreements between forest industry, including forest owners, and the Commission on the goals or the direction, but the industry feels that the recent proposals, described as a kind of “bomb carpet”, are going too far and must be modified.

Why have this come up and created such heated discussions? Early 2021, the EU agreed that there should be a sharper 2030 climate goal and to become climate neutral in 2050. In order to achieve that the legislation that drives towards those goals has to be sharpened. The Commission has put forward its proposals and now the EU Parliament and the twenty-seven member states will have a say in the negotiations.

Some proposals hit right across the forest value chain while others hit individual parts. As the legislative proposals are binding for the member states to implement in national legislation, it will set frameworks and boundary conditions for the forestry industry to a much greater extent than e.g. the Swedish forestry strategy as such.

The European Commission has full competence (= right) to present common policies in the climate area as well as major powers in the environmental and energy areas. By using environmental and energy possibilities to impose rules on how forestry should be done is perceived by the industry and forest owners as a way to bypass the national rights to decide national forestry policies. 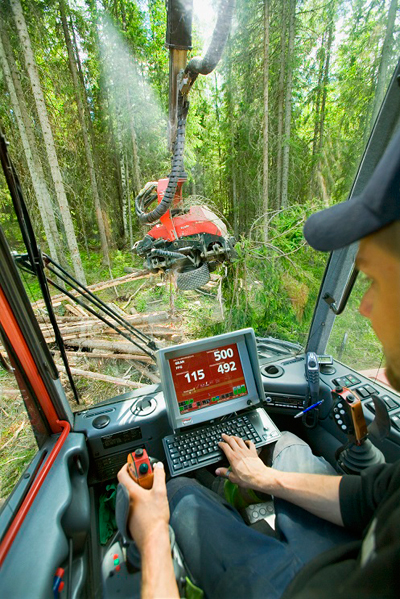 The harvester operator is a key person in a sustainable forestry. Photo: Swedish Forest Industries.

Due to different climates in e.g. northern Finland and Sweden compared to countries like France or Holland, the forests are very different in terms of tree species and growth rates as well as the biodiversity as such. Another difference is the coverage of forests in different countries where Sweden and Holland are two extremes. 70 % of Sweden is covered by forests whereas just a few percent of Holland with most other countries being somewhere in between. Therefore, it goes without saying that the ways forestry is done is different due to the different situations in different countries and regions.

The Nordic forests contribute in three ways to climate work; by absorbing CO2 as it grows, storing carbon in trees and products and by substitution when the products push away fossil-based ones. The Commission, on the other hand, has a rather one-sided perspective on the role of the forest and that its main benefit is to be a carbon sink. In the proposal for a revised LULUCF (Land use and forestry regulation) the Commission proposes that the EU's reduction should increase radically until 2030 and that Sweden should take the greatest part. Nine years is no time in a forest life cycle, so if the reduction has to increase, either growth-promotion measures must take place or felling must be limited. Reducing felling, which for many years have been lower than the growth rate, would have a negative impact on Swedish economy as such, income for forest owners and employment along the whole value change without achieving corresponding long-term environmental effects. There is an interesting study, The forest carbon debt illusion, commissioned by the Swedish Forest Industries which shows some very interesting results regarding the important sustainability contribution of a responsible and active forestry.

Sweden has large forest resources and has managed to take care of them so that timber storage, carbon storage and carbon sinking have increased in the last hundred years. Reducing Europe's emissions will have a high economic and social cost. Closures of coal mines and inefficient steel mills can also have a high political cost. It will be tough to work down emissions to zero and then it can be convenient to see Sweden's and Finland's forests as carbon sinks, so it is not necessary to be as hard on those who emit. 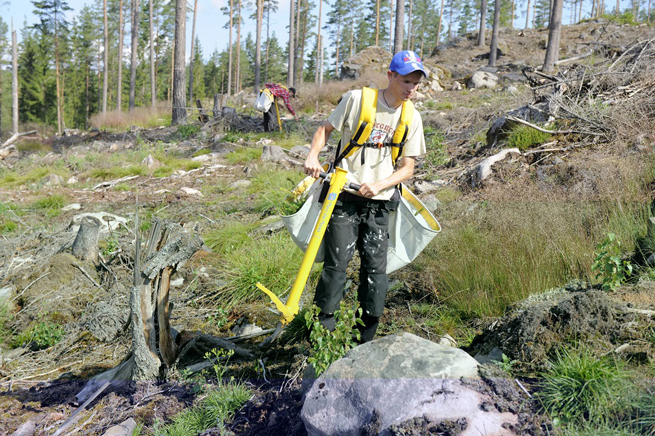 Swedish and Finnish forest owners are since more than hundred years forced by law to replant after tree-felling. Photo: Swedish Forest Industries.

The first priority should instead be to ensure that the fossil remains in the ground. In the last two years, the member states have been incredibly busy dealing with the pandemic. This has created room for the Commission in particular, to advance its position, which has recently provoked a backlash from the member states. Concerns regarding the proposals and the process have not only been voiced by Finland and Sweden but also from the German and Austrian rural ministers, especially on forest policy.

Unfortunately, the forest discussions have turned into a black and white situation with many parties participating, not least green NGOs. Researchers’ and the forest industry’s main argument is that growing forests absorb carbon dioxide whereas old forests do that to a much less extent and finally not at all. Wood products will store carbon dioxide as long as they are used, like in houses, and hence act as carbon sinks. The main argument from the EU Commission and green NGOs is focussing on biodiversity in forests and they do their best to hammer this message in.

Sooner or later final agreements on the policies will be made and legislations introduced. It is early days to say or even to have a guess where this will end. We can only hope that common sense will play an important role and that the forests’ capability to contribute to a sustainable society will be used to the full potential. Growing trees and a sustainable and efficient forestry with room for biodiversity are key parameters to combat global warming, not to impose rigid rules on forestry regardless of local conditions.